Austria has already introduced a clampdown on women wearing the controversial head gear.

Austria s Foreign Minister says the government is even more determined to ban headscarves in schools after a woman in Iran was jailed for 20 years for removing hers.

Austria has already introduced a clampdown on women wearing the controversial head gear, and now the country s female Foreign Minister Karin Kneissl said the jailing of Iranian woman Shaparak Shajarizadeh for 20 years was proof that headscarves were a symbol of the oppression of women.

Shaparak was one of a number of women who were jailed for “opposing the compulsory hijab” and “waving a white flag of peace in the street”. It was part of a process known as “white Wednesdays” and the 42-year-old was then tortured and beaten according to her lawyer quoted by Amnesty International.

Austria was criticised when they introduced a ban on women wearing clothing that covers their faces including burqas and facial veils just over a year ago, but now Kneissl says it did not go far enough.

She said: “The headscarf is a symbol of the oppression of women because of patriarchal and archaic misconceptions that should have nothing to do with a modern open and free society.”

“Such attitudes have no place in Austria. The case (of Shaparak Shajarizadeh) shows clearly that we need to take more steps to protect the rights of women.”

She added that the country respected religious freedom and that every person had the right to decide what they wore, but she added that that did not mean that Muslim women or girls in Austria had to live in fear because they were ordered to wear the headscarf.

She added: “It shows that the headscarf ban for girls in nurseries and primary schools is absolutely the right move.”

Under the ban already in place, older women caught wearing the facial coverings are fined 150 EUR (131 GBP) on the spot.

The law was partly designed to ensure that Muslim women showed their faces in public as part of a plan to integrate migrants. Also included in the measures were a requirement that new arrivals learn German and accept Austrian norms and values. 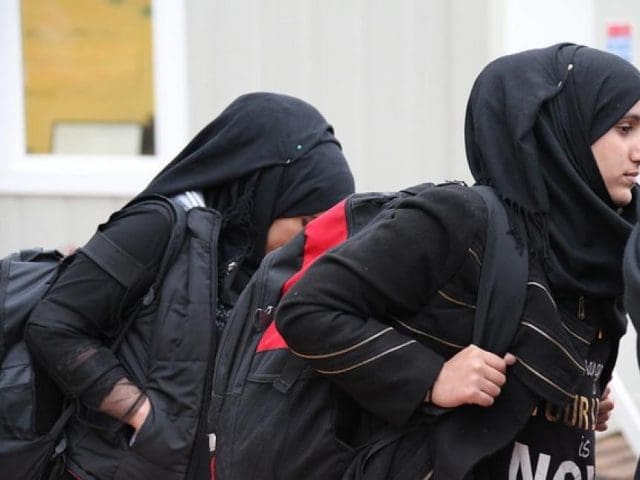