The Syrian teenager who spent ten weeks in jail for an alleged antisemitic attack against an Israeli wearing a kippah has demanded compensation for wrongful imprisonment.

The 19-year-old Syrian youth identified only as Knaan Al S. was sentenced to a four-week jail term for insulting and attacking 21-year-old Israeli Adam Armoush in the middle of the street in the German capital of Berlin in April.

His sentence was considered to be served due to his pre-trial detention and he was set free shortly after the court case.

Howeer Knaan has now requested compensation for wrongful imprisonment because he was in custody from 19th April to 25th June, meaning he spent more than ten weeks in jail, more than double his sentence.

However the court, who ruled the attack was antisemitic, has denied his request.

A spokeswoman for the court, Lisa Jani, also confirmed that Knaan appealed the ruling, saying there was no antisemitic motive.

Knaan admitted to hitting the kippah-wearing Adam with a belt, but says he only did so because he called him a “son of a bitch” first.

Adam filmed the youth on his mobile phone, who repeatedly shouts “yahudi”, meaning ‘jew’ in Arabic, and assaults him with the belt.

Adam can be heard shouting: “Jew or not, you have to deal with it!”

Knaan confessed to the attack in court but claimed he was not thinking clearly because he was high from smoking cannabis, and had only intended to scare Adam off.

“I didn’t want to beat him, I wanted to scare him. I’ve made a mistake and have learned lots from it, I deeply regret it,” Knaan said in court.

Adam, who is not Jewish but an Israeli of Arabic origin, denied he had said anything to cause the attack.

He told local media he only wore the kippah in a bid to prove to his friends it was not dangerous to walk around Berlin wearing one. 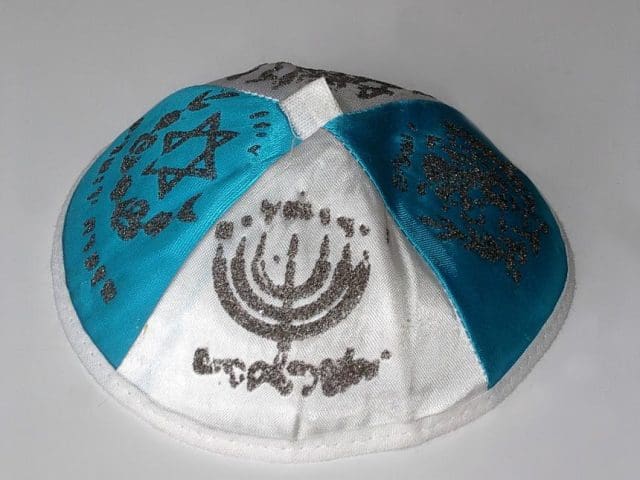