Police have arrested a man for trying to rape a mother-of-two in front of her young children while her husband was locked outside their home.

The 30-year-old Afghan migrant is accused of breaking into a flat in the city of Bihac, in north-western Bosnia and Herzegovina, late at night and attacking the woman.

Meanwhile, her husband, who had only popped outside for a few minutes, tried to rush to her aid but found the intruder had locked the door.

He eventually managed to get in through the balcony and saved his wife from the man and held him until cops arrived.

The 36-year-old woman, who was asleep in her bedroom with her two three-year-old children, had woken up to find a naked man coming towards her.

She tried to fight off the man as he allegedly tried to force himself on her and managed to get to the window to shout for help.

Her husband, who was at the front of the building, heard her and ran back to the apartment only to find the man had locked the door.

The woman, whose name has not been released, reportedly said: “My husband got in the apartment through the balcony and threw the immigrant out from our bedroom.”

Snezana Galic, a spokesperson from Ministry of Internal Affairs, confirmed that police had arrested a man who was being held by the couple when officers arrived.

The investigation is ongoing and police have not yet made any further comment pending the outcome of their inquiries.

Netizen ‘Marko Loncarevic’ commented: “Hmm, if it’s true, did the husband at least beat him well? In self defence of course.”

And ‘Mirko Repusic’ asked: “Why was the Bosnian in front of the building when the Afghan was with his wife in the room?” 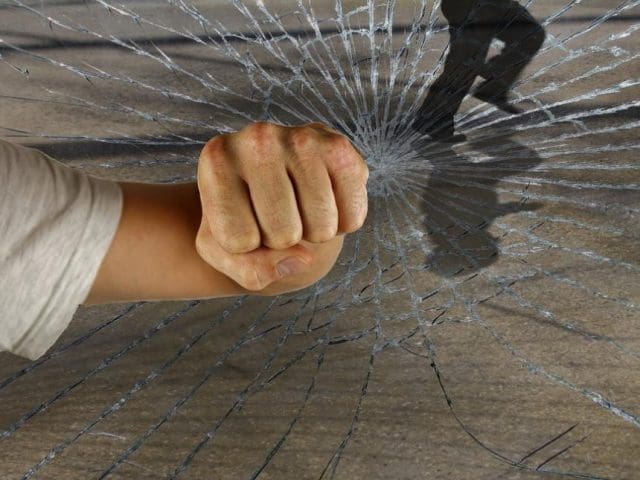