Traffickers told asylum seekers they did not need life jackets as there was no risk.

The Turkish Asylum seeker whose wife and three children were swept away when their boat overturned trying to flee the country said traffickers told them they did not need life jackets as there was no risk.

The drowned bodies of Hatice Akcabay, 36, and her 1-year-old son, Bekir Aras, were found during an initial rescue operation by Greek authorities.

Their boat, carrying 11 Turkish asylum seekers attempting to enter Greece illegally, capsized in the Evros River along the border between Turkey and Greece.

But Murat Akcabay says he still holds out hope that his other two sons, Mesut, 5, and Ahmet Esat,7, are alive.

Greek authorities, who were able to rescue five people alive, say they are still searching for the others.

Murat, who worked as a school teacher in Turkey, told authorities that the family pleaded with the traffickers helping them escape for more life jackets, but they refused their request.

He said: “We asked for life-jackets, but the traffickers told us we do not need them. We had only two life-jackets with us. The one was given to a mother and the second one to my boy, who is missing.”

According to local media Murat and his wife are believed to be supporters of the rebellion movement by Fetullah Gulen, considered the mastermind behind the failed coup on July 15th, 2016.

The coup aimed to overthrow Turkish president Recep Tayyip Erdogan and remove the Justice and Development Party (AKP) from government.

Thousands of people have reportedly fled Turkey due to a massive clampdown which followed the coup attempt. Many others have allegedly been fired or jailed on the grounds of their political affiliations.

Murat said: “Due to the problems in our country we had to escape. If we knew this would have happened, I would not have given it a second thought.

However, we were told that many before us had made it. We thought that we could also.

“When the boat came closer to the other side of the river, there were bushes and branches. The boat hit something and water started getting inside. It capsized and we fell into the water.

“…I was swimming to save my two kids, but it was not possible to get them ashore. I started diving for them but I couldn t reach them. At one point when I came up to the surface both of them had gone.

“I still hope that my two sons are alive. I hope especially for the one who was wearing the life-jacket. I am asking you from the bottom of my heart to continue searching”.

The incident is the latest in a series of tragic attempts by Turkish asylum seekers trying to escape to Greece for refuge due to the political situation in Turkey.

The refugees often use makeshift or inflatable boats to cross the wide Evros River, which is notorious for its violent currents. 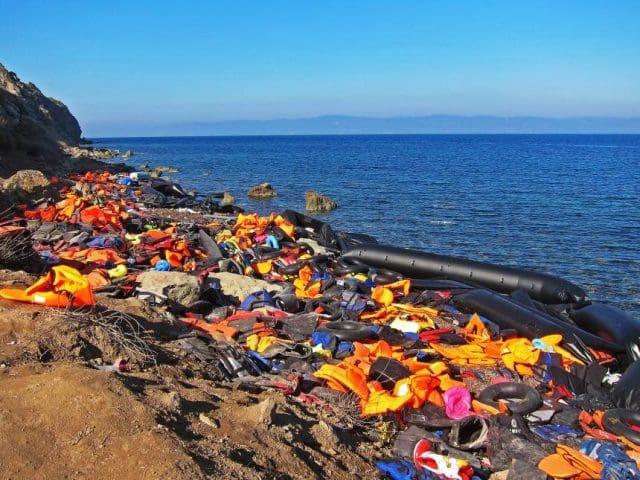