A balloon released in Austria was found in Australia.

A balloon released by a boy at a nursery party in Austria has seemingly flown across the world and been found in Australia.

Four-year-old Matteo Stuhlberger from Sankt Willibald in the northern Austrian state of Upper Austria was in for a surprise when he received a letter with a postcard from Australia on 17th July as a reply to a card attached to a balloon he had released on 8th June. Inside the letter, which has an Australian postmark, there was a postcard of Australia and Matteo s balloon card.

The sender signed their name as F. Sarton from Dalyston in the south-eastern Australian state of Victoria. The letter read: “Your balloon travelled a long way to be found by 2 Australians.”

Matteo had sent a balloon as part of his nursery s summer party where he and his classmates released a total of 70 balloons with cards attached to them which included a note and the nursery s address. The note said: “We are singing and celebrating here – and are looking forward to an answer from you!”

Two other replies received from Bavaria

Two other replies had been received from the south-eastern German state of Bavaria before the letter Matteo received came, according to local media. Although Matteo is excited about the letter, director  of the Central Institution for Meteorology and Geodynamics Bernhard Niedermoser is sceptical. Mr Niedermoser told local media: “There is a natural barrier between the northern and southern hemispheres.”

Matteo s mother Barbara was also in disbelief, saying: “We could hardly believe it ourselves. We actually thought it was a joke at first, I even considered if we had acquaintances in Australia.” She said she plans on writing back to F. Sarton “in the next two weeks.”

A teacher at Matteo s kindergarten, Sylvia Ebner, told local media everyone “got goosebumps down to their toes.” She is not excluding another letter from far away, telling local media: “Let s see what could be further than Australia.” 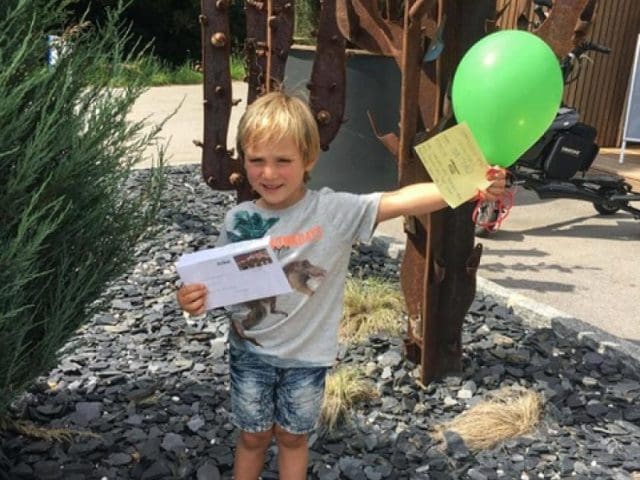