According to the Interior Ministry of Austria, the number of asylum seekers
being given primary care in Austria has decreased resulting in many “asylum
centres becoming vacant or less occupied.”

Austrian Interior Minister Herbert Kickl of the Freedom Party (FPOe) said
that 225,000 EUR (200,786 GBP) is wasted monthly on such asylum centres and saw it as a chance to relocate funds.

Kickl said: “There is a high savings potential here. I would essentially
rather invest this money in the needed renovation and better equipment of
police departments.”

Kickl is reportedly planning to close a number of vacant asylum centres.

Local media report that around 50,000 people receive primary care from the
country s tax fund which is a considerable decrease from the highest number
of 87,300 recorded in March 2016.

Kickl added that the country did “not need luxury properties such as former
hotels but instead practical, affordable accommodation.”

Authorities will now be checking the leases on the asylum centres and
deciding if it will be legally possible to terminate them as soon as
possible.

In the medium run, the overall care should be in federal hands which
according to Kickl will help keep authorities informed on the asylum
seekers status during their application procedure as well as “consistent
legal and re-partition counselling and therefore speed up the procedure.”

At the moment, 44,497 asylum seekers are in the asylum application process. 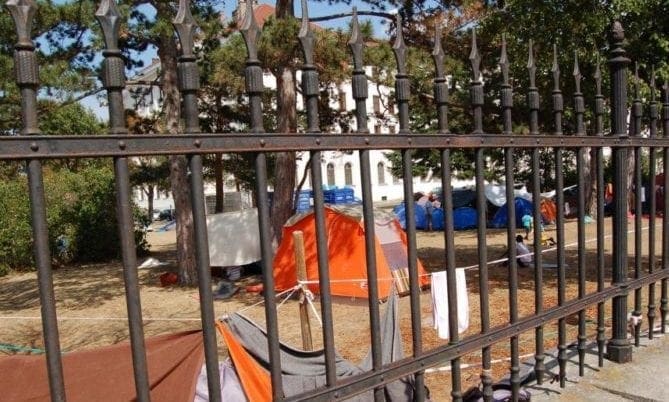