Good conversation base: Vladimir Putin with Karin Kneissl at his last visit in Austria an the 5th of June 2018.

Russian officials have confirmed Vladimir Putin will attend the wedding of
the Austrian Foreign Minister Karin Kneissl on Saturday prior to his state visit to Germany.

Kremlin adviser Yuri Ushakov said that Kneissl had personally invited Putin
to her wedding during his state visit in Austrian capital Vienna in June.

Ushakov said: “We will pop in and congratulate.”

Kneissl will marry entrepreneur Wolfgang Meilinger at an as-yet undisclosed
location after the couple ran into trouble with their initial venue, Gamlitz
castle in southern Styria.

According to local media, another couple had already booked the castle and
Kneissl and Meilinger decided to look for a different venue as Kneissl said
she wanted “no special status during a private ceremony”.

Putin will go on to meet German chancellor Angela Merkel at Meseberg Castle
in Brandenburg to discuss the war in Syria after Kneissl s wedding.

According to local newspaper Krone, an insider said that Kurz only accepted
the wedding invitation after Putin s attendance was confirmed.

They further reported that a spokesman of the chancellor claimed Kurz had
been “aware all the time” of the invitation and had not declined it. 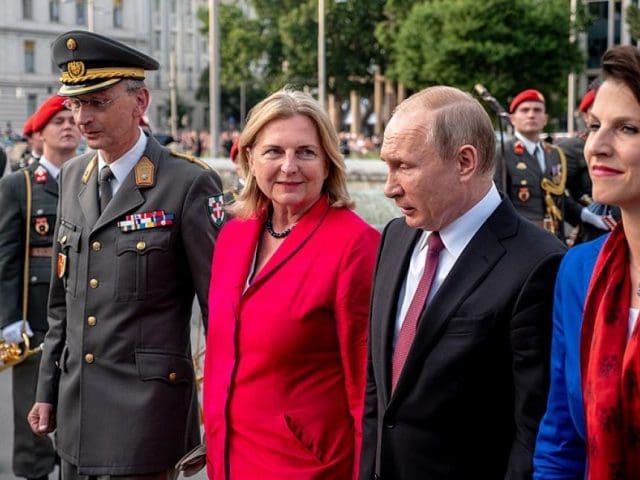