Middle Ages still live on in Vienna: 25 times the Afghan Hikmatullah S. hit his sister with a knife because “she had defiled our family s honour”.

Expert Said He Was Not Underaged: Afghan “Honour Killer” Gets Life For Murder

An Afghan man who tried to escape a lengthy jail term for the honour
killing of his teenage sister by lying about his own age has been jailed
for life.

The man, named only as Hikmatullah S. because of local privacy laws, had
claimed to be under the age of 21 at his murder trial in the Austrian
capital city of Vienna.

If true it would have meant that he could not be jailed for more than 15
years for stabbing his younger sister, Bakhti S., to death last September.

But Hikmatullah was sentenced to a life sentence after anthropologist Fabian
Kanz told the court he was “at least 21 years old” at the time of the crime
and “very likely already 22”.

Presiding judge Stefan Apostol told the defendant: “With this crime you have
excluded yourself from society. For what you did only the highest penalty
exists.”

Prosecutors had accused Hikmatullah of stabbing his younger sister at least
25 times because she had “stained the family s honour”. At the time of the
murder she was living in a crisis centre for victims of violence.

Hikmatullah had claimed he was a teenager at the time and his lawyer
Nikolaus Rast insisted in court his client was born on 1st January 1999.

Under Austrian law, anyone under the age of 21 can only be jailed for up for
15 years for murder, but the revelation about Hikmatullah s true age meant
the highest punishment was on the table.

Hikmatullah had confessed at the beginning of the one-day trial that he had
committed a crime “because of cultural reasons” and asked for forgiveness,
but he then refused to answer further questions.

The victim according to her paperwork on entering the country was 14,
although it was also believed that she was older than she claimed.

According to Vienna police, Hikmatullah followed the girl into a courtyard
before stabbing her 13 times. Bakhti died at the scene.

Bakhti s boyfriend, a 24-year-old Afghan man, said he first spoke to Bakhti
on Facebook in the winter of 2017, and she allegedly told him she was 17.

The man said: “We chatted with each other for a few weeks. Then we had our
first meeting, in a park. It was love at first sight.”

The Afghan national said that Bakhti  told him to keep silent about their
relationship as her father was very strict and forbade her to have any kind
of friendship with another person and did not even allow her to have a
mobile phone.

When the father somehow learned of their relationship, he is said to have
beaten up Bakhti with a cable.

Bakhti fled her home and filed a criminal complaint against her father.

Allegedly, it was then decided in the family that Bakhti had to die.

In Afghan tribal culture, “honour killings” are often ordered after a meeting
of male family members or a “jirga” (assembly) of tribal elders, with the
youngest male family member being tasked with the killing as they have the
least to lose when caught and if underage often get a lenient sentence.

Hikmatullah was then allegedly tasked with killing his sister.

He later turned himself in to police reportedly saying: “It is good that she
is dead. She had defiled our family s honour.”

He has denied he planned the alleged murder, saying he acted on impulse and
“lost control” after bumping into the girl “purely by chance”.

Yet according to media reports, Hikmatullah bought the knife days earlier at
a market and wore protective gloves to carry out the act. 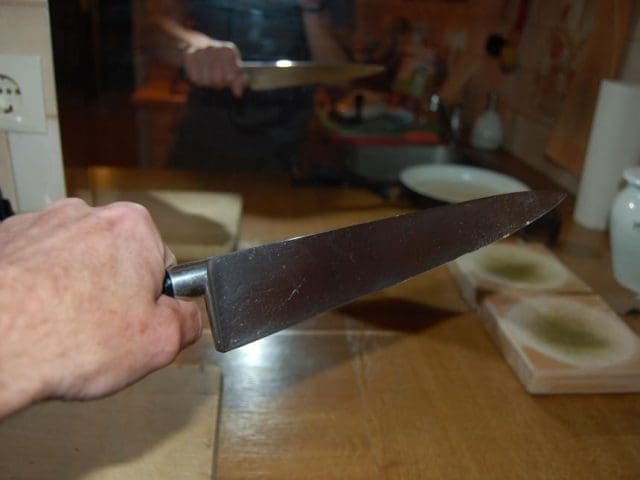