The Chancellor of Austrian surprised passengers by travelling on a
low-budget airline without any type of escort.

Austrian Chancellor, Sebastian Kurz, was snapped on-board a Eurowings flight from Spanish city Barcelona to the Austrian capital of Vienna.

Croatian passenger Nikola Grubisic who took the photo later posted it on
social media with the message: “And so I take a seat last night on the
flight from Barcelona to Vienna, travelling with a low-budget airline
(Eurowings) when some famous person walks in.

“I see children taking pictures with him, adults greeting him, I ask the
flight attendant who that is, she says Austrian Chancellor Sebastian Kurz.”

The passenger added that he was pleasantly surprised to see the chancellor
“duly wait with the rest of the passengers of the low-budget flight which
was two hours late” and he had a seat “in economy class, without delegation,
security and any other sh*t without which our politicians can t even go to
the toilet.”

Even when they were leaving the plane, Grubisic said he saw Kurz leave it
“just like all the other passengers, take his luggage alone and leave the
airport all alone.”

He finished the post by applauding Kurz s behaviour in comparison with his
home country s politicians, who he says “think they are Gods”.

User Violeta Juric Pajic posted: “The Swedish king was in economy class in
a Lufthansa plane with my dad.”

While Marica Sokac-Cakar wrote: “That is the usual for us in Switzerland,
the behaviour of high officials, they behave like the rest of the citizens
on the street and in public life, and only in Ex-Yugoslavian states do they
act like kings, keep living following Tito s example!” 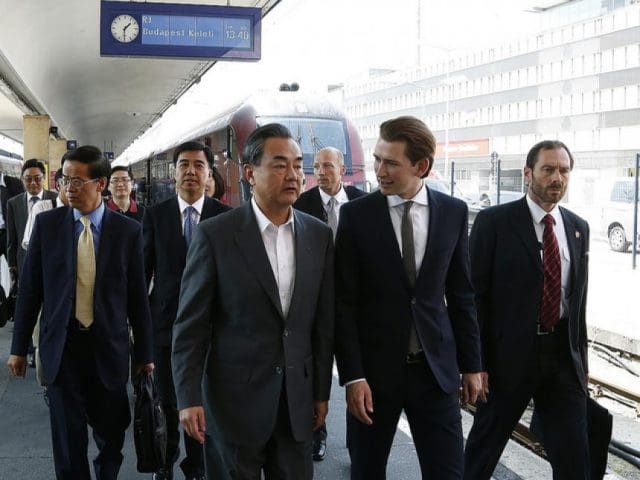