Dutch MP Geert Wilders helds a cartoon-competition in the Dutch parliamant in The Hague, to find the best Muhammad caricature.

Thousands of angry Muslims have taken to the streets to protest against the
plans of a far-right MP to hold a Prophet Muhammed cartoon competition.

Protestors carried signs saying they were prepared to die for their religion
in the demonstrations which have been staged for more than a week in
Pakistan s capital city of Islamabad.

Dutch MP Geert Wilders, of the Party for Freedom (PVV), plans to hold the
cartoon competition in Dutch Parliament in The Hague to find the best
caricature of Muhammad.

Most Muslims believe that pictorial depictions of the likeness of Muhammed,
the founder of Islam, are forbidden and they feel that Mr Wilders is being
deliberately provocative.

In 2015, 12 people were killed in a terrorist attack on the French satirical
weekly magazine, Charlie Hebdo, in response to Muhammad cartoons it had
published.

Protesters in Islamabad were photographed carrying banners with slogans such as: “One billion Muslims are ready to die for the respect of (the) beloved
holy prophet” and “Holand (sic) stop yourself, we know how to give life and
how to take life.”

Photographs of Wilders as well as Dutch national flags were burned in the
street by the angry mob.

Police managed to keep protesters away from the Dutch Embassy which is
located in a highly-guarded diplomatic enclave of the Pakistani capital.

However, a top ranking Dutch diplomat has been summoned to the Pakistani
Ministry of Foreign Affairs, which lodged a formal complaint against the
cartoon competition.

A ministry spokesman said: “Deep concern was conveyed at this deliberate and malicious attempt to defame Islam.”

However, Dutch Minister of Foreign Affairs Stef Blok insisted that the
Netherlands would not ban the cartoon competition.

He said: “Freedom of expression is a very great thing. Banning of
expressions is not in the line of this cabinet.

“At the same time I m also tasked with the reality that in some countries
this is highly sensitive, that these are also countries in which many Dutch
people live. Their safety also has to be served. We will give a reply on
short notice.”

When Wilders attended a Prophet Muhammed cartoon competition in the town of Garland in the US state of Texas in 2015, two jihadists stormed the venue armed with guns.

Elton Simpson and Nadir Hamid Soof, who had alleged ties with the so-called
Islamic State, only managed to injure one person before they were killed by
an off duty cop. 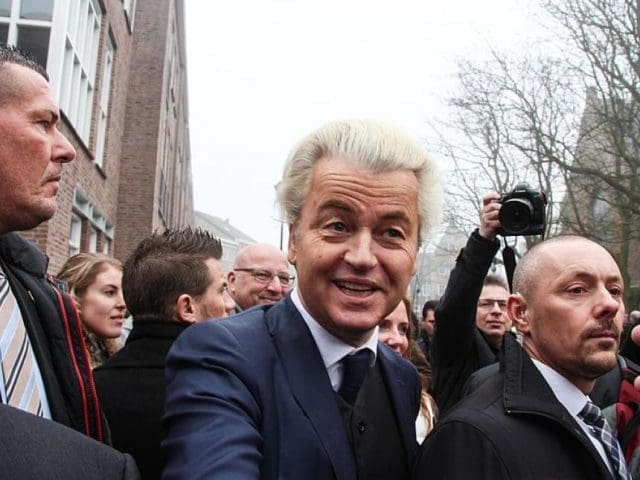