Unemployment And Corruption: IS Claims Responsibility For Attacks On Chechen Cops – Unzensuriert
Skip to content
DEUTSCHLAND
.AT

Unemployment And Corruption: IS Claims Responsibility For Attacks On Chechen Cops

The so-called Islamic State has claimed responsibility for a series of
attacks on police officers in Russia s Chechen Republic.

Two knifemen were shot dead by cops after they attacked and wounded two
police officers at a police station in the Shalinsky district of Chechnya.

And in the village of Mesker-Yurt, a young suicide bomber blew himself up at
a police post but did not injure anyone other than himself.

And in the Chechen capital city of Grozny, police with automatic weapons
shot and killed the driver of a Mercedes car who had tried to run down two
traffic cops.

Russia has fought two wars with separatists in the majority Muslim republic
since the 1991 break-up of the Soviet Union, but such attacks have become
relatively rare in recent years.

However, the wider North Caucasus region remains volatile, with unemployment and corruption pushing some young men to embrace radical Islam.

Chechen leader Ramzan Kadyrov, who was on a trip to Saudi Arabia when the attacks occurred, said the attacks were designed to increase tensions and
overshadow the Muslim holiday of Eid al-Adha.

Mr Kadyrov, a former member of the Chechen independence movement, said he had ordered officials to help people affected by the attacks.

He later gave a car as a present to local resident, Geldagan Turpal-Ali
Estamirov, who tried to stop the terrorist in the Mercedes in Grozny. 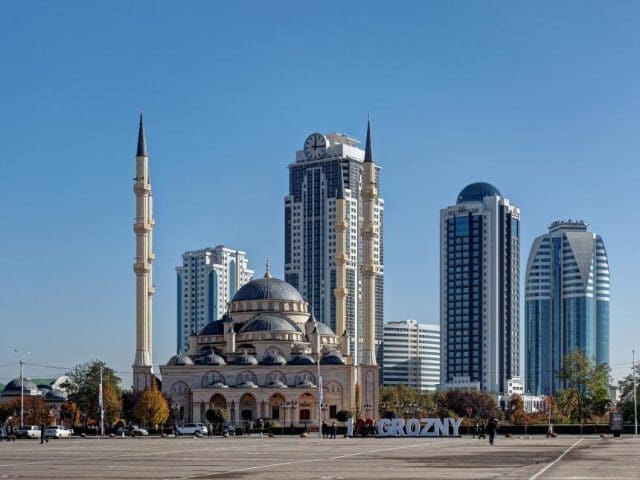