From Seven To 17 Years: Parents Sending 300 Kids To ISIS Terror Camps In Kosovo

Parents of children as young as seven are reportedly sending the youngsters
to five secret ISIS terrorist training camps in Kosovo.

Local media report that 300 children ranging from seven to 17 years old have
been sent to the hidden terror camps by their parents.

The founder and president of the “Centre for Security, Investigation and
Defence”, Dragan Djokic made the claims about the camps to local media.

Every camp can reportedly accommodate 60 children and the largest is
allegedly located in the village of Debelde, east of the town of Kacanik on
the border with Macedonia.

The other terror camps are reportedly located in the hills in the area of
the cities of Prizren and Pec, the town of Decani and close to the
Urosevac-Decani road near the town of Orahovac.

Djokic claims children in the camps are taught by radical imams from Kosovo
and receive training to carry out terror attacks from jihadists who have
fought in Syria.

Djokic says the camps are a “public secret” in Kosovo and many parents are
sending their children there willingly.

He said: “In the past the camps were used to train Kosovo Liberation Army
(KLA) fighters and now ISIS soldiers use them to train children to use
weapons and explosives and fight in a variety of conditions.”

The KLA was an ethnic Albanian paramilitary organisation that fought for the
independence of Kosovo during the 1990 s.

Kosovan authorities have not commented on Djokic s claims.

NATO supported the KLA and intervened on its behalf in March 1999 but there
have been allegations the group used “Narcoterrorism” to finance its
operations.

There were also reports of abuses and war crimes committed by the KLA during and after the conflicts in Serbia and Macedonia, such as massacres of
civilians and prison camps. 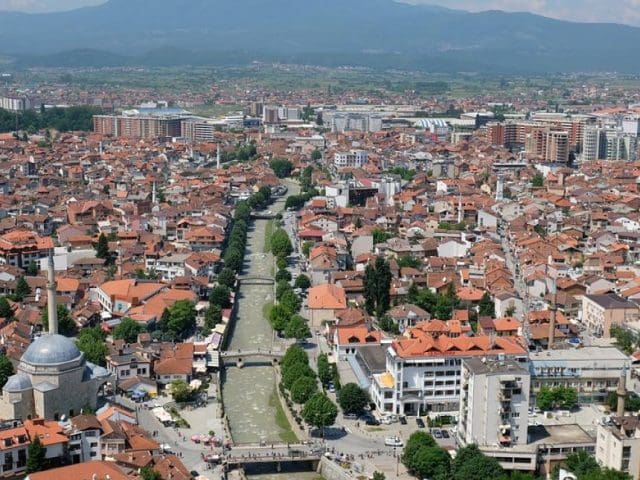