“Soldiers Of God”: Muslims Radicalise Children With IS Dolls Made In Germany – Unzensuriert
Skip to content
DEUTSCHLAND
.AT

“Soldiers Of God”: Muslims Radicalise Children With IS Dolls Made In Germany

Strict Salafist Muslims are selling “Soldiers of God” dolls made in Germany
that depict a former Islamic State leader on the internet to radicalise
their young children.

Germany s Federal Office for the Protection of the Constitution has
confirmed they are monitoring online distribution of Salafist dolls made in
Cologne in the western German state of North Rhine-Westphalia in order to
radicalise young children.

The dolls are advertised on social media networks as “Jundullah” which means “Soldiers of God” and some dolls reportedly represent the image of women in Salafism as well.

The woman who allegedly manufactures the dolls, identified only as J.D.,
wrote on social media: “Another aspect is that our little lions and
lionesses learn natural modesty already during playtime.”

Elhakam Sukhni, Master in Islamic Studies at Cologne University, told German
TV station WDR that one doll reminded him of the former leader of the
so-called Islamic State (IS), Abu Waheeb.

Head of the Federal Office for the Protection of the Constitution in North
Rhine Westphalia Burkhard Freier told WDR: “Salafism is becoming more
violent and younger.”

According to the Office, about 100 Salafist families live in the state and
raise their children to follow the ideology from the youngest of age and the
number of radicalised minors in Germany is increasing.

Freier added that not only are the dolls dangerous but they are backed up
with stories told to children about polygamy or prisoners in Germany
declared as victims and martyrs.

He warned that radicalisation of children should be taken seriously “because
it can create a new generation of Salafists who are ideologically much more
deeply rooted” than those radicalised at an older age.

Sukhi feels that this way “the world is divided into those who are on the
right path and all the others who are on the wrong path” and meaning the
children are left in isolation.

Victims of Salafism in North Rhine-Westphalia can get help in the prevention
program against violent Salafism called “Guideposts” (“Wegweiser”), where
“about 75 percent” are “minors,” according to Freier.

The Salafist movement is a branch of Sunni Islam that advocates a return to
the traditions of the salaf, who are the first three generations of scholars
after Muhammad. 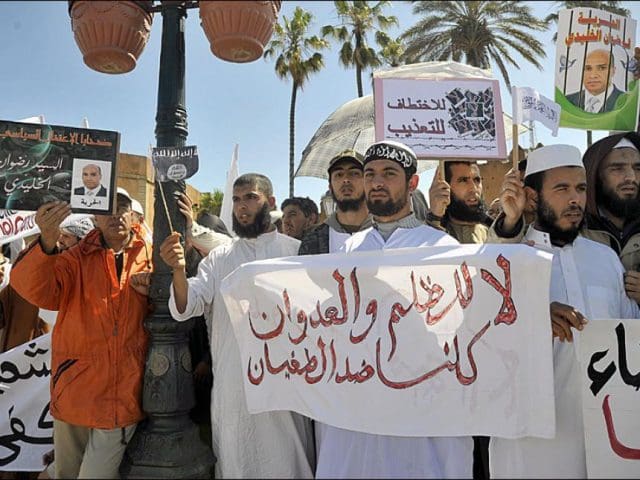