French iconic actress Brigitte Bardot says Eid-al Adha festival is a “day of mourning” because of the “inhuman extermination” of thousands of sheep.

Iconic French actress Brigitte Bardot has called the most important
celebration in the Muslim calendar an “atrocious” and “primitive” event.

Ms Bardot went on to say that the Eid-al Adha festival is a “day of
mourning” because of the “inhuman extermination” of thousands of sheep.

Eid-al Adha started this Tuesday in France while dates may vary in different
parts of the world, all festivities will end before 25th August.

The event, which concludes the pilgrimage to Mecca, is also called the
“festival of sacrifice”: on this occasion, believers kill an animal –
usually a sheep or a goat – according to specific religious rituals.

Brigitte Bardot is a fervent defender of animal rights and an activist, and
she has made comments against the celebration in the past.

The actress, president of the Bardot Foundation, denounced the
“extermination” of 250,000 sheep saying that this is a case of inhuman
suffering in the 21st century in a secular country.

Indeed, this type of ritual slaughter (halal) is only allowed in France by
derogation.

On the occasion of the feast of Eid-al Adha, so as not to hinder the freedom
of Muslims to practice their religion, the French government allows the
killing at approved sites.

Killing an animal at home, on a farm or on supply sites is strictly
prohibited and can be punished by penalties of up to six months in prison
and a fine of 15,000 EUR (13,533 GBP).

However, in practice, many Muslims do not respect this directive because of
the insufficient number of approved slaughterhouses.

The Bardot foundation intervened this morning alongside police officers in a
non-approved abattoir in the Bouches-du-Rhone department to save 400 sheep that were set to be slaughtered illegally. 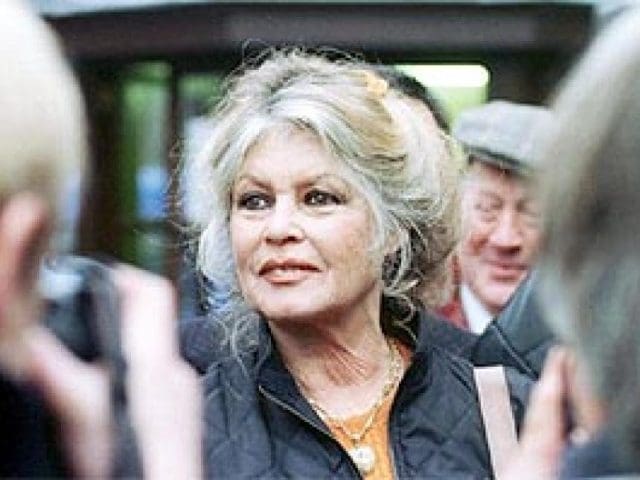