Sheep slaughter: A Turkish familiy in St. Pölten is suspected for illegal slaughter and dumping the entrails in a public bin.

A Turkish family are under investigation after apparently illegally
slaughtering sheep in their back garden for the Eid festival and dumping the
entrails in a public bin.

Austria recently tightened the rules on slaughtering animals ahead of the
Muslim festival of sacrifice which marks the end of the Hajj pilgrimage,
meaning all killings need to take place in authorised slaughterhouses.

But it did not stop the Muslim family, in the Austrian city of Sankt Poelten
which is the capital of the province of Lower Austria, who kept a sheep in
the garden, that neighbours complained was keeping them awake at night – at
least until Monday.

The sheep was then killed as part of the religious ceremony and one
neighbour told local newspaper Heute that the entrails had then simply been
dumped in a bin next to the local cemetery.

They said that in the current heatwave: “The smell was simply unbearable.
Despite the heat the smell was so bad that we all had to keep the windows
closed. And it was unbearable if you actually went outside.”

After they complained to police, officers visited the property and confirmed
finding the sheep s head and other remains of the animal and an
investigation into animal cruelty has been launched.

Meanwhile, the country s Social Affairs Minister Beate Hartinger-Klein has
ordered a further crackdown on the practice of ritual slaughter after it was
revealed that large numbers of animals were being shipped into the country
alive.

They cited the example of a slaughterhouse in Lower Austria where 1,200
sheep had been reserved by various individuals to be ritually killed, of
which 533 had been brought into the country alive from Romania which
involves a journey of up to 15 hours.

Animal rights activist Tom Putzgruber said some of the animals were foaming
at the mouth which was a sign that they were dehydrated or possibly had lung
problems. He said he was making no comment on why they were being killed, but regardless of that the well-being of the animals need to have more priority.

Hartinger-Klein added: “Despite my respect for religious freedom, the
welfare of the animals has to have highest priority.” 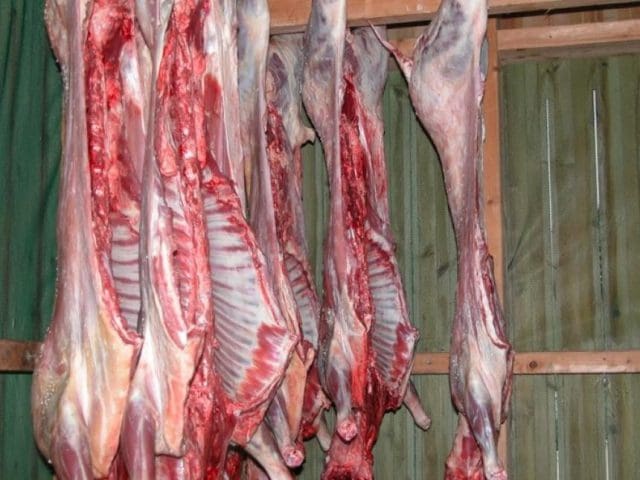