Mohammed G. had been connected with the gang of terrorists since 2015 as an IS travel agent and he had also planned to start a terrorist training camp in Somalia (symbol photo).

A so-called Islamic State terrorist has gone on trial for using an international network to plunder the bank accounts of two murdered Brits and turn the money into bitcoin to buy weapons to fund a jihadist training camp.

The weapons, apparently purchased using cash from the dead Brits plundered bank accounts, included Kalashnikov rifles, crossbows and swords, that were being kept on a homemade shooting range in the attic of the suspect s house.

The shocking details of the international network created to launder the money have come to light during a court case in Rotterdam in the Netherlands where a 29-year-old man identified only by the name Mohammed G. has gone on trial for involvement in a terrorist organisation.

The court heard that Mohammed G. is a convicted terrorist who acted as a jihadist travel agent trying to arrange trips for himself and other people to join up with Islamic State (IS) in Iraq and Syria.

He had been previously jailed for three years and also spent three years in a psychiatric clinic as the judge declared him insane after he testified that his jihadist plans started when he heard “the voice of a warrior in my head”.

When he was released after psychiatrists considered him healed, Mohammed G. however immediately linked back up with the terrorist network where he then also got involved in money laundering.

He was arrested in March when Dutch cops raided his house in the Southern Dutch city of Maastricht.

The Rotterdam court heard that the accused is an Iraqi national who hails from the Kurdistan region.

He has now been charged again, this time with participation in a terrorist organisation with prosecutors saying he had contact with a senior IS commander who was also involved in the kidnapping of a British couple in South Africa.

The two British botanists Rod and Rachel Saunders were hunted by the terrorists as they searched for rare plants and seeds in a remote part of South Africa. They were identified as “kuffar”, non-believers in Islam, who were to be tortured and murdered.

The couple from Cape Town vanished in the Drakensberg mountains one month after they had worked for the BBC crew on a gardening programme. Their bloodstained Land Rover was found 150 miles away from where they vanished.

According to Dutch prosecutors, Mohammed G. was indirectly involved with the kidnapping of the two Brits and was in particular charged with handling all the financial details over the money-laundering of the Brits looted assets.

He reportedly used the stolen credit card details of the British couple to buy bitcoin online, which he then used to purchase weapons for jihadists.

Mohammed G. had been connected with the gang of terrorists since 2015 as an IS travel agent and he had also planned to start a terrorist training camp in Somalia.

The South African suspects stand trial in South Africa for murder. Mohammed G. is currently detained in investigative custody for an indefinite period. 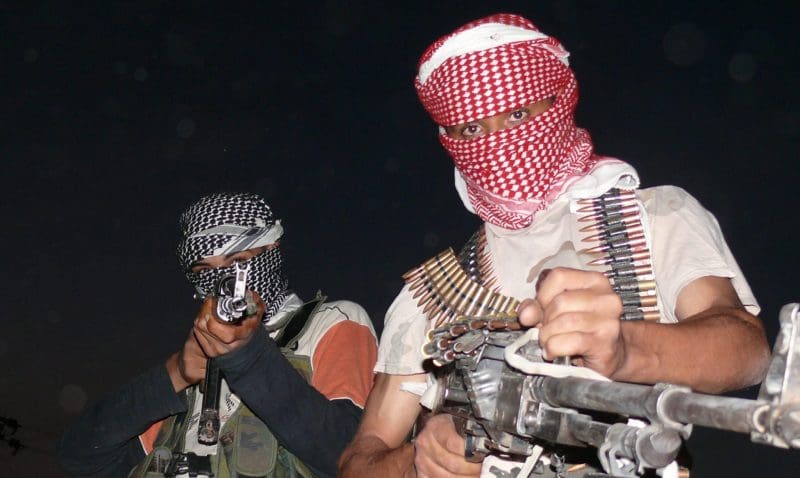