Terrorist Anis Amri, who crashed in a Berlin christmas market (photo), visited the same mosque as the terror suspect Russian.

A failed asylum seeker arrested for plotting a bomb attack and who attended
the same mosque as terrorist Anis Amri previously escaped being deported
because he claimed to be mentally ill.

The Russian, named only as Magomed-Ali C., 31, has been arrested in the
German capital city of Berlin for keeping explosives for an alleged Islamist
bomb attack.

He was considered a security risk and was under investigation for visiting
the Fussilet mosque in Berlin which Amri, who drove a lorry into a crowded
Christmas market in 2016, also attended.

But a move to deport Magomed-Ali after his bid for asylum was rejected in
2017 had to be postponed after he claimed to have a “mental illness” and was
given permission to stay until December 2019.

The case has sparked controversy as it is the latest in a series of
incidents in which failed asylum seekers have escaped being deported and
then gone on to be arrested for subsequent crimes.

Rainer Wendt, the chief of the German police union, said: “A tragedy of
German asylum policy. Over and over, rejected asylum seekers are not
deported and later turn out to be highly dangerous.”

Linda Teuteberg, the chairwoman of the Committee on Internal Affairs of the
Free Democratic Party, said it was a “bad joke” when a “known potential
attacker is not deported because of alleged mental health issues”.

Police arrested Magomed-Ali in Berlin last week on suspicion of plotting a
“severe, anti-state act of violence” in Germany with a “significant amount”
of TATP explosive he is thought to have kept in his flat.

Public prosecutor spokeswoman Frauke Koehler said no explosives were
confiscated during the raid of his apartment.

Authorities suspect Magomed-Ali plotted a bomb attack with a French
national, identified only as Clement B., who was arrested in Marseille in
France last April.

German investigators found Clement s phone number in Amri s mobile phone but have so far found no signs that Amri was a part of the alleged bomb attack plot nor that the two arrested suspects were part of Amri s attack.

Amri, a failed Tunisian asylum seeker, drove a truck into a Christmas market
in Berlin, leaving 12 people dead and 56 others injured, in December 2016. 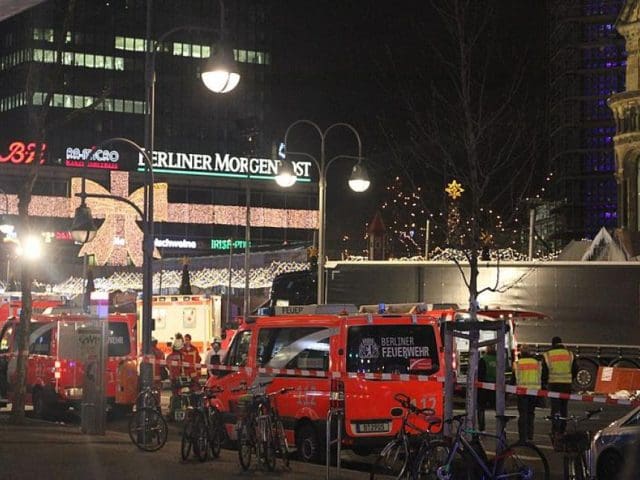