The 28-year-old would-be burglar was given a seven-month sentence suspended for three years (symbol picture).

A would-be burglar has been hospitalised after he jumped off a first-floor
balcony in terror when the alarm went off and startled him.

Police said the burglar had been keeping an eye on the property in the town
of Ialysos, which is located on the touristic island of Rhodes, and struck
when he thought it was empty.

Realising that the owners were not home, the unnamed 28-year-old Albanian
managed to break into the first floor of the home at around 3am after
climbing in from the outside of the building.

A police spokesman said that the alarm went off when he forced a glass
balcony door with a crowbar. Terrified at the idea of being caught, he then
instantly leapt off the balcony after apparently forgetting how high up he
was.

Although badly hurt, he managed to limp away to a nearby street where he
rang the door some two hours later asking for help from the occupants and
claiming he had been in a car accident.

But the locals who had heard the police sirens had raised the alarm and he
was arrested by officers who were already in the area.

The 28-year-old was given a seven-month sentence suspended for three years. 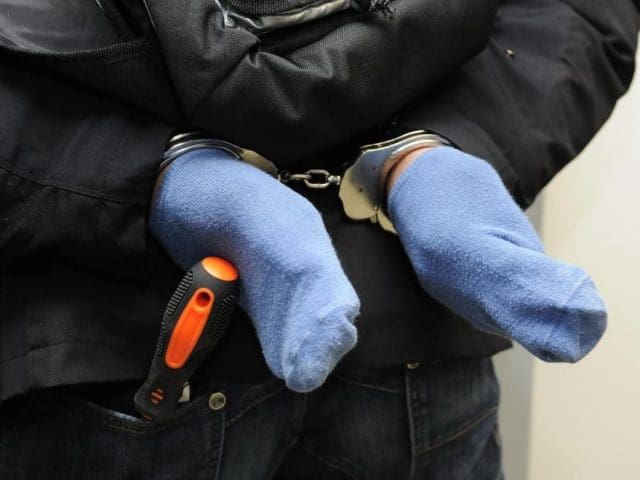