This two Armenian children, Howick and Lily (13, 12), will be deported, while hundreds of asylum criminals allowed to stay in Holland.

No Understanding For Court Decision: Dutch Deport Children While Criminals Get Asylum

The Dutch government has been heavily criticised even from far-right anti-immigration hardliners for deporting two schoolchildren who grew up in the country while hundreds of criminal asylum seekers have been allowed to stay.

The Dutch Council of State Appeals Court ruled that 13-year-old Howick and his 12-year-old sister Lily will be sent back to their native country of Armenia, a place they barely remember as they grew up in Holland.

Lily and Howick arrived to the Netherlands in 2008 with their mother when they were aged two and three respectively.

Their mother was forcefully deported last year, while the children stayed with a family friend as they did not want to leave their school or classmates.

According to local media, their mother cannot take care of Lily and Howick if they are deported due to personal issues, meaning that the two children will probably have to live in an orphanage when they arrive.

The two children, who speak fluent Dutch, have fought their deportation for many years with the support of their classmates after their initial asylum application was rejected.

Dutch authorities have ruled that Armenia is a safe country and that the children s safety is not compromised.

The children told local media they fear for their future as they will fall into the hands of Armenian child protection services.

Howick said: “The things we consider normal are always missing [in Armenia].

We want to be able to live a normal life, in a normal house, and to attend school.

“Our mother lives in a room in which her bed only barely fits. To live there would be impossible.”

Lili added: “If nothing will be arranged, we might have to go to an orphanage or foster family. That especially is something I find very awful.

“In any case we will arrive in a strange country where we have absolutely nothing. And then we can t even live with the sole person who we can trust there.”

The decision by the supreme administrative appeals court to deport the two children was widely criticised even among immigration hardliners.

Right-wing blog Geenstijl , one of the country s most popular and influential websites, wrote that “our asylum system is sick”.

The article read: “To deport gay bashers, criminals and IS scum fails, but deporting children to Armenia who have never been in Armenia, is something we can somehow do in the Netherlands.”

According to local media, there are dozens of criminal migrants which the Dutch Government cannot deport and are thus allowed to stay.

In one widely mentioned case, the same appeals court which decided to deport Howick and Lily ruled that the Netherlands cannot withdraw the residence permit and deport a criminal Macedonian migrant who served a total of 71 months in Dutch jails.

The court ruled that as the man lived in the country since 1978 and managed not to commit any serious crimes in recent years, he should be allowed to stay. 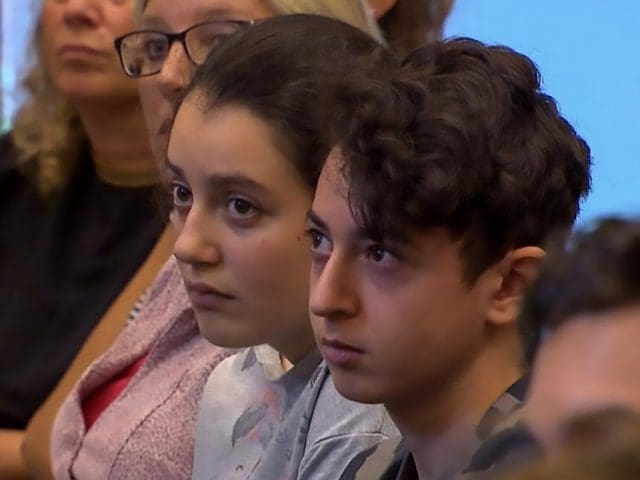