Berlin Senator for Education, Youth and Family, Sandra Scheeres, told local media that all suspects have been expelled from the school.

A ten-year-old Afghan student has been expelled from school for raping a
same aged male classmate during a school trip who was being held down by a Syrian and an Afghan boy both aged 11.

The shocking attack came to light only weeks later when a friend of the
victim revealed the incident to a social worker and police were called.

The Berlin Senator for Education, Youth and Family, Sandra Scheeres (SPD), told local media: “I am appalled by this shocking case. Everything to support the harmed child and the family must be done.”

A spokeswoman for the Senate Department of Education, Youth and Sport told local media the suspects have been expelled from the school.

“They are not coming back to their school. We have acted immediately,” she
said.

She added that the school psychologist and social workers were dealing with
the case as well.

Although the alleged rape happened in June, local media have only just
reported on the case.

Local newspaper Bild reported that the rape allegedly happened on a school
trip organised to the Kroechlendorff Castle in Brandenburg in north-eastern
Germany. The school involved was apparently in a socially disadvantaged area in Berlin.

According to Bild, as well as the 10 year-old rapist and the two
11-year-olds who held the girl down, two other students allegedly watched.

One and a half weeks after the incident, a social worker at the school was
informed about it by a friend of the victim.

The suspects had allegedly even announced what they planned to do to the
victim on the same morning.

The authorities deem the main suspect to be too young to be held criminally
liable and refuse to discuss any details about the case.

According to Scheeres, the victim is in the care of their parents and is now
going to another school.

She added that the two eleven-year-old suspects have also changed school and authorities are examining if the main suspect can be taught outside of a public school. 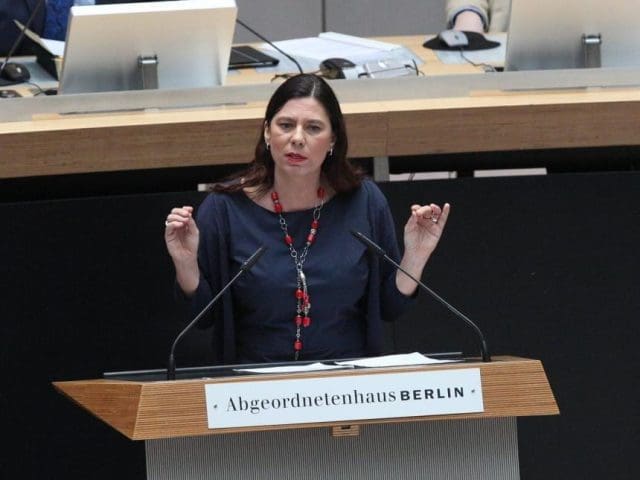