During the war in Syria: Holland Paid Millions In Aid To Terrorist Group

The Dutch Government has come under fire over allegations it supported a Syrian terrorist organisation with millions of euros worth of equipment. Investigative journalists from TV show Nieuwsuur and daily newspaper Trouw made the claims after speaking with over 100 Syrian rebels and people involved in the secret programme.

They say the Dutch Government donated satellite telephones and Toyota Hilux pickup trucks to Jabhat al-Shamiya, a Sunni Islamist terror group whose name means the “Levant Front”. Uniforms, laptops, mattresses, backpacks and cameras were also allegedly sent to Syrian terrorist groups. In total, 25 million EUR (22.2 million GBP) worth of equipment was sent to Syria, according to the expose.

Another 21 combat groups in Syria received similar support from the Dutch Government from 2015 until early this year.

Jabhat al-Shamiya showed their appreciation for the Dutch gifts in propaganda videos where they showed how they converted the pickup trucks into lethal war machines by mounting them with machine guns. The organisation, which wants to impose sharia law in Syria, is listed as a terrorist organisation by the Dutch public prosecutor s office.

However, the liberal-led government of Dutch Prime Minister Mark Rutte reportedly had no qualms aiding the organisation as part of the secret NLA (Non-Lethal Assistance) programme. Ironically, the Dutch public prosecutor s office is currently prosecuting a Dutch man who travelled to Syria to join Jabhat al-Shamiya as a jihadist.

Described as “salafist and jihadist”

In the indictment, Jabhat al-Shamiya is described as “salafist and jihadist” in character as it “strives for the founding of a caliphate”. Prosecutors conclude that the group “cannot be classified any differently than a criminal origination with a terrorist objective”.

According to the research of the journalists, oversight on the aid was completely lacking and Dutch Parliament was insufficiently informed over the extent and nature of the support.

Abrupt end of the programme

Minister of Foreign Affairs Stef Blok and Minister for Foreign Trade and Development Cooperation Sigrid Kaag last week announced the abrupt end to the programme as they noted the final victory of Syrian President Bashir al-Assad was near. The Dutch Ministry of Foreign Affairs said in a statement it takes the findings of the journalists “very seriously”. A Ministry spokesman said: “The messages fortify our conviction that stopping the support was the right decision.”

In an evaluation sent to Dutch Parliament, the Ministry of Foreign Affairs admits there was too little oversight in the NLA programme. The message is in stark contrast with prior communiques a few months earlier when the Foreign Ministry wrote that the NLA programme made sure “moderate warriors” could better protect themselves against extremists and that “stopping such programmes brings the risk that extremist groups gain strength”.

For months, the Ministry insisted that they only supported “moderate groups” in Syria who abide to “humanitarian war law”, do not cooperate with extremists and strive for “an inclusive political solution for Syria”. Several MPs have asked the Dutch Government to come clean about the programme and to share all documents and details, with some political
pundits predicting a government crisis. 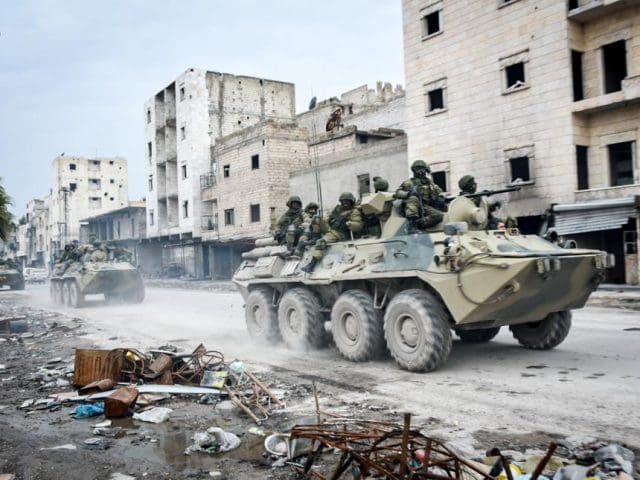