Turkish actors depict the fictional execution of President Erdogan – This has led to the filmmaker s imprisonment of six years.

This is the moment Turkish actors depict the fictional execution of President Erdogan which has led to the filmmaker s imprisonment of six years. In the video footage, an actor playing President Erdogan is seen having a gun pointed at his head as his family lie dead all around him. The clip is from a trailer for the film Awakening , based on a failed military coup in 2016 in which more than 250 people were killed.

Following the trailer s release last year, filmmaker Ali Avci was arrested, accused of being a member of the terrorist organisation believed to be responsible for the failed coup d etat he depicted in the movie. The trailer caused public uproar when it showed Erdogan s family, including his son-in-law, Finance Minister Berat Albayrak, shot dead.

It then depicts Erdogan praying on his knees in his final moments before a military official executes him. An Istanbul court sentenced Avci to six years and three months in jail for belonging to the Gulen movement led by Turkish imam Fethullah Gulen, deemed a terrorist organisation by Turkey. Gulen has always denied Turkey s accusation that he masterminded the coup attempt.

The court accused Avci of portraying the “core goals of the terrorist organisation” throughout his movie. Avci denied the charges, telling the court: “If I was trying to make terrorist propaganda, I would have shown Erdogan making plans to flee instead of the praying scene.”

More than 50,000 people have been jailed pending trial and 150,000 state workers, including teachers and soldiers, have been suspended or dismissed after the coup attempt.

Ali Avci had previously produced and directed the film Reis which was a President Erdogan biopic. 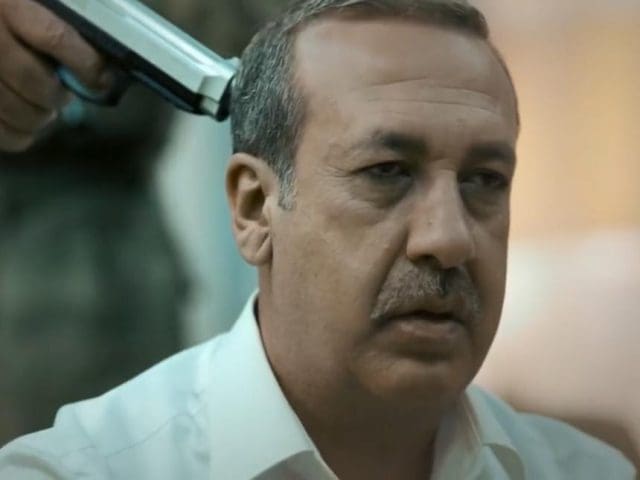