This is the moment when smugglers film the safe “delivery” of a gang of illegal immigrants as they jump into the sea just off the Spanish coast, with the footage recorded for the immigrants relatives in order to get final payment.

The immigrants, reportedly all from North Africa, are asked to look at the camera before swimming for shore in the footage that was taken just of the Playa de los Lances beach in Cadiz province, in southern Spain.

A Spanish voice can be heard giving them instructions to “wait” and “look at the camera” as one by one the young men jump into the water, with a large number of people observing from the beach. Some of the illegal immigrants smile and say gracias, meaning thanks, before leaping into the water. It is believed the images were used by smugglers as proof of arrival so that relatives would pay the final instalment of a sum that is reportedly around 2.000 EUR (1780 GBP) per person to reach Spanish territory.

Gibraltar – a route for smuggling drugs, contraband tobacco and people

The area around the Straits of Gibraltar has long been a route for smuggling drugs and contraband tobacco, but recently the Spanish Civil Guard have observed how the same criminal gangs have moved into people-smuggling.

A Civil Guard spokesperson said: “There is a dangerous synergy of criminal activities, drug trafficking and mafias that are getting rich through the desperation of people illegally trying to reach Spanish territory.” The Spanish authorities have become increasingly alarmed at the growing sophistication of the criminal gangs: “They have acquired a tone closer to that of the drug cartels with large bands equipped with the means and the infrastructure, and which are becoming more and more difficult to tackle.”

Increasing propensity to use violence

The Civil Guard also pointed to the gangs increasing propensity to use violence. Following the incident shown in the footage, they were able to arrest six illegal immigrants but three civil guards were injured during the arrests.

Drug gangs have increasingly used specially adapted high speed launches and inflatable craft known as “narco-lanzas” to evade Civil Guards in the waters off Spain s southern coast. Traditionally many are alleged to have set off from Gibraltar taking advantage of British territorial waters to make speedy and increasingly audacious landings. The issue has  long been a source of tension between the authorities in Spain and in Gibraltar.

Faced with the same gangs now moving into the trafficking of illegal immigrants, the Civil Guard have complained that they are overwhelmed and have appealed for more resources, and a co-ordinated plan of action.

The President of the new centre-leftist government, Pedro Sanchez, has announced measures to prohibit the private use of high powered launches in a bid to combat smuggling. The Spanish Ministry of Interior has also declared the injection of 6 million EUR (4.45 million GBP) to fund more Civil Guards in the area and to finance better technology in the fight against the smugglers.

Between January and November 2017 an estimated 20,000 illegal immigrants are alleged to have reached the coast of southern Spain. 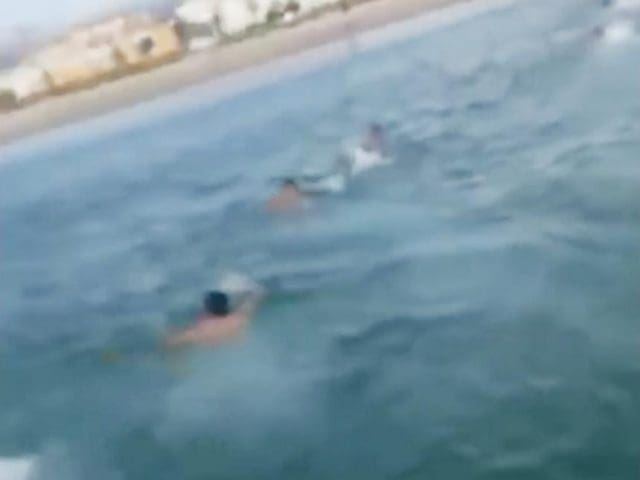