Herbert Kickl can “not simply ignore the people s need for safety and control”.

Austria s Interior Minister has contradicted the European Union Commission by saying it is too early to end the national border controls in the Schengen area installed because of the migrant crisis. Austrian Interior Minister Herbert Kickl of the far-right Freedom Party (FPOe) has stated at the beginning of a security and migration conference that ending border controls in the Schengen area can only be discussed once there is protection of the external borders “not only on paper but also effectively”.

According to him, this has not yet been achieved and additionally he could “not simply ignore the people s need for safety and control”.

European Commissioner for Migration, Home Affairs and Citizenship Dimitris Avramopoulos has previously stated that border controls in the Schengen area should be removed in the near future. According to him, the European Union (EU) has paved the way for maximum protection and control of the external borders of the EU which should prompt a return to the normal way of functioning of the Schengen area as soon as possible.

Austria currently has controls on its border with Germany due to the migrant crisis. Avramopoulos has praised Schengen as one of the greatest achievements of European integration and said that the EU would not become a fortress.

Kickl was at a security and migration conference in the Austrian capital Vienna on Thursday with the rest of the European Union interior ministers and the interior ministers of the West-Balkan countries where eleven countries signed a police cooperation deal. He also rejected discussing the legal migration pathways proposed by the EU Commission at this moment. He said: “We can talk about that when we have reached appropriate success in the efforts to fight illegal migration.” 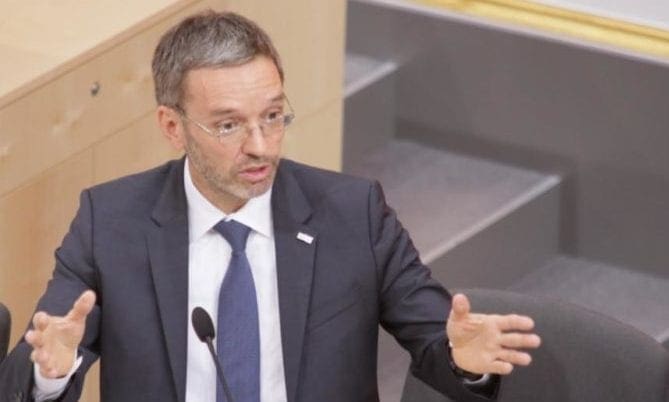