German chancellor Angela Merkel wants to remove a controversial spy boss after he suggested she had exaggerated the extent to which far right-wing extremists were active in recent troubles in Chemnitz.

Merkel has told members of her coalition that she wants to remove the head of the domestic intelligence agency (the Federal Office for the Protection of the Constitution), Hans-Georg Maassen, according to local newspaper Welt. She reportedly deemed Maassen as no longer acceptable because he meddled with day-to-day politics with his interview with mass market tabloid
newspaper Bild.

No violence at Chemnitz protests

Maassen had said he was sceptical that an alleged video of the violent Chemnitz protests in the eastern German state of Saxony showed right-wing extremists hunting migrants and thus contradicted Merkel who had talked about “hunts” during the protests.

Merkel has reportedly indicated to members of her coalition, during telephone calls over the weekend, that Maassen will be removed from his post despite support for Maassen from his direct superior and Merkel ally, Interior Minister Horst Seehofer.

According to Welt, Maassen had stated to a group of union representatives: “Horst Seehofer has told me that if I fall, then he falls too.” Merkel s decision has reportedly been welcomed by the Social Democratic Party (SPD), a coalition partner to her Christian Democratic Union, and the Left Party.

SPD chairman Ralf Stegner told Welt: “Mr Maassen is unacceptable in his office because he has severely damaged our faith in the agencies protecting our liberal democracy. That is a dangerous occurrence in our current political situation. “It is a good signal if the Chancellor and party chairwoman of the Christian Democratic Union apparently share this position of the SPD.”

Parliamentary party leader of the Left Party Dietmar Bartsch told Welt Merkel s decision was “overdue” and “absolutely necessary”. According to him, she now has to be urgently associated with a “fundamental issue of structure and personnel of the intelligence agency” and that her coalition “is still only in crisis management mode.”

He also expects a resignation from Seehofer after the state election on 14th October but added that they would have to wait until after the election for that. 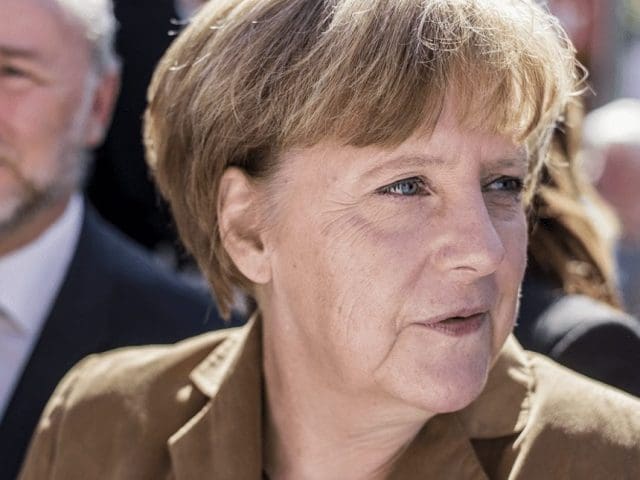