Netherlands: Migrant Who Kicked Football Ref To Death To Be Deported – Unzensuriert
Skip to content
DEUTSCHLAND
.AT

Migrant football-players who disagreed with the decision of a linesman ambushed him after the match and kicked him to death (symbolic photo).

Netherlands: Migrant Who Kicked Football Ref To Death To Be Deported

The migrant who kicked a referee to death in an amateur football match has
finally received his deportation order after an appeals court ruled he is a
“threat to society”.

The killing that shocked Dutch society happened in 2012 when the victim,
41-year-old Richard Niewenhuizen, was acting as the linesman in a match
involving teenage players in the city of Almere, in the Netherlands.

One of the teams composed mainly of migrant players disagreed with one of
decisions, and six of the footballers as well as the father of one of the
boys decided to teach the linesman a lesson and ambushed him after the final
whistle, kicking him to death.

The adult, Moroccan-born father El-Hasan Dardak, was jailed for six years on
manslaughter charges for his role in the attack and is due for early
release.

Ibrahim C., captain of the Nieuw Sloten youth football team from Amsterdam
mostly made up of migrants, was sentenced to 14 months in prison after the
court found he kicked Nieuwenhuizen twice while he was already down on the
ground.

Now 22 years old, Ibrahim C., who was born in the Netherlands to a Moroccan
family but did not hold a Dutch passport, received his final deportation
order and an entry ban into the Netherlands for the next 10 years by the
Dutch Immigration Authorities (IND).

Ibrahim C. tried to prevent his looming deportation but a higher appeals
court sided with the Dutch authorities, saying that the Moroccan migrant is
“an actual and serious enough threat to society”.

According to the court, Ibrahim C. has committed numerous other crimes
besides being involved in the death of Nieuwenhuizen.

Even after he recently received his deportation order the Moroccan migrant
reportedly continued his criminal behaviour, being found guilty of theft and
a drug-related crime.

The judge said: “He had been warned before and knew he should not commit any
more crimes, yet that is what he eventually did.”

Ibrahim C. did not attend the appeal case.

According to local media, his current whereabouts are unknown to the Dutch
authorities, sparking fear that he might have absconded.

The death of Nieuwenhuizen caused widespread outrage in Dutch society,
especially as the perpetrators did not seem the slightest bit remorseful.

Islamic groups in Amsterdam even launched an online appeal after the death
of Nieuwenhuizen to help main perpetrator El-Hasan Dardak out financially as
they claim the killing was a mistake that “could have happened to any
father.”

The astonishing appeal excuses Dardak s thuggery, claiming: “If you have
ever stood on a football pitch, you can imagine how this all went. It could
have happened to any father.”

The appeal quotes the prophet Muhammad saying: “He who helps out a believer
in difficult times, will be rewarded by Allah taking away a difficulty for
them on the day of resurrection.” 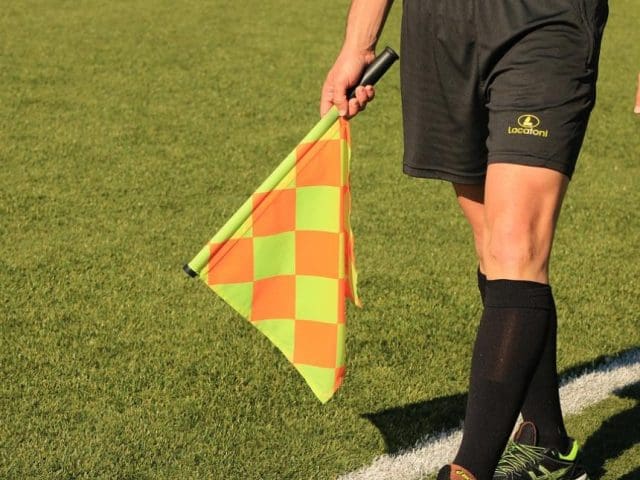