Arab visitors to a popular Alpine resort have been responsible for the majority of breaches of the country s controversial burqa ban.

Arab visitors to a popular Alpine resort have been responsible for the majority of breaches of the country s controversial burqa ban according to local media.

The country s face-covering ban kicked in on 1st October 2017 after it was adopted by Austria s parliament.

Zell am See – most popular tourist destination among Arab tourists

Local media reports barely any violations nationwide during the entire year – except in the picturesque lakeside town of Zell am See. Outside of the town, there were only 50 criminal complaints made against people for covering their faces in the first six months of this year.

Police departments and councils all reported a decline in the number of Muslim women wearing burkas or hijabs in public. But Zell am See, the most popular tourist destination among Arab tourists, along with the capital city of Vienna, is the exception.

251 fines administered and one criminal complaint filed in town

During the summer season, from July to September, there were 251 fines administered and one criminal complaint filed in the town.

The wider Zell-Kaprun region attracts 300,000 overnight stays by Arab guests each year, with most coming from Saudi Arabia and the United Arab Emirates. And while Austrians enjoy the sun and the summer temperatures, it seems the Arab tourists especially enjoy the rain, cooler days and the patches of melting snow still around.

Tourists from the Middle East

Local media frequently reported the sight of well-off burka-clad tourists from the Middle East jumping for joy when spotting even a few feet of snow in the Alps in the height of summer. Zell am See Mayor Peter Padourek said the burka was “of course still an issue” in his town. He said: “We have a much higher tourist density on a smaller area than for example in Vienna. Then you just have to see how you can implement the burka ban. Our police have done that very well.”

Even the Saudi ambassador, Dr Khalid Ibrahim M. Al-Jindan, appointed in 2017, visited the town to get an idea of the situation first hand. Mayor Padourek said: “I told him that we Austrians respect the law in their country, and that we expect the same vice versa. He also saw it that way.”

Some people in the tourism industry had feared the number of Arab visitors might decline because of the burka ban, but this has not been the case.

The number of nights stayed by Arab guests actually rose by 12.6 percent in the first three months of the summer season, compared to 2017, although the month of August showed a small decline, possibly due to Ramadan. Mayor Padourek said: “Most of the Arab guests are hard to distinguish right now, they really do dress in western ways.” 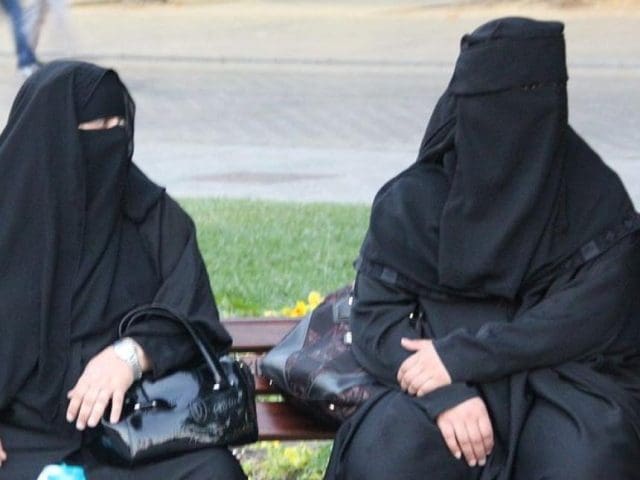