In a nightclub at Bad Oeynhausen (symbol photo: town hall) 18 migrants attacked two bouncers in szenes like a civil war.

An Iraqi man suspected of shooting at two bouncers in a nightclub brawl has managed to evade German police and flee back to his native country.

The two bouncers of a club in Bad Oeynhausen, located in the German state of North Rhine-Westphalia, suffered severe injuries when they were allegedly attacked by a group of thugs which allegedly included the 30-year-old German-Iraqi national .

The suspect reportedly managed to escape being arrested by taking a flight out of Dusseldorf back to Iraq.

According to local media, an international search warrant has been filed with Interpol.

The suspect, whose name was not publicly shared due to privacy reasons, was reportedly part of a huge group of thugs who attacked the two bouncers on 23th Septemeber.

CCTV-footage taken from the club shows the chaotic scenes unfolding in front of the club s main entrance as multiple people are seen storming towards the doors.

One of the bouncers can be seen chasing one of the attackers and pushing him down to the ground, but members of the gang quickly surround the bouncer and begin beating him.

Another bouncer who is seen rushing outside to help his colleague also quickly finds himself surrounded by multiple attackers as he flees back inside.

One person is even seen walking towards the fence with a gun, shooting at one of the bouncers.

Police spokesman Michael Koetter said: “Earlier, two guests were kicked out of the club by the bouncers. Subsequently, 18 male people turned up at the club.

“According to current investigations, two people used a handgun and shot in the direction of the bouncer. One of the bouncers suffered severe injuries and the other employee got slightly injured.”

Eleven suspects have so far been arrested of whom nine have since been released.

Two suspects aged 26 and 38 are still being detained as the police see them as the main suspects.

The Iraqi migrant, who is the third main suspect in the case, is not the first migrant in Germany who has reportedly managed to escape to Iraq when being investigated for a crime.

Earlier this year, Kurdish Iraqi Ali Bashar fled Germany together with his family by plane when police started a probe into the murder and rape of teenage schoolgirl Susanna Maria Feldman.

He was however captured in Northern Iraq and extradited to Germany in June, where authorities are now investigating whether he lied about his age when he entered the country in the first place as he was claiming to be a minor. 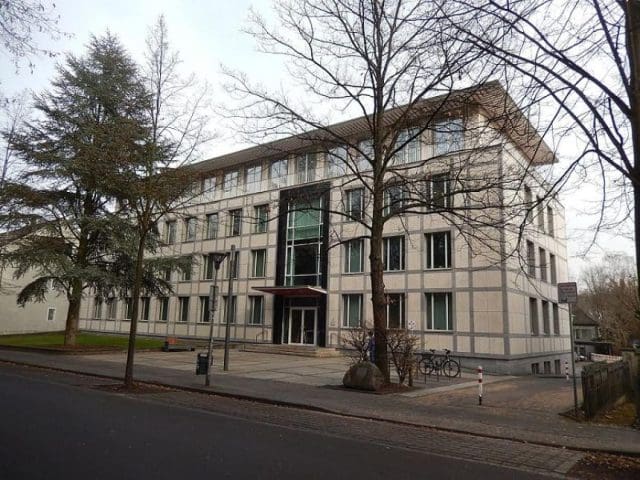