Four Polish migrants have been sentenced to life imprisonment for a violent robbery.

Four Polish migrants have been sentenced to life imprisonment for a violent robbery in which they beat an OAP couple to death and nearly killed a widow after piercing her head with a screwdriver.

The three men, identified as 44-year-old Robert P., 34-year-old Jakub G. and 25-year-old Michal N., were sentenced to life by a court in the Bavarian capital of Munich in Germany. According to reports, the three men were found guilty of charges of murder, robbery and GBH. Meanwhile, Malgorzata L., 50, the mother of Michal N. and sister of Robert P., was sentenced to eight years in jail on robbery charges.

Murders shocked due to the brutal nature of the crimes

The murders, which happened in February 2017 in the Bavarian town of Hoefen, shocked the picturesque state due to the brutal nature of the crimes. The OAP couple, 76-year-old Inge B. and her 81-year-old husband Johannes S., were beaten to death in the house of their friend, a 77-year-old widow only identified as Luise S. Luise S. was also severely beaten by the Polish gang and left for dead in her home. She was found by cops after three days alone, keeping death at bay despite suffering serious injuries and severe dehydration.

Several weeks later, investigators managed to arrest the four Poles on suspicion of the murders. Malgorzata L. was the former nurse of the late husband of Luise S., who she took care of until he died. State prosecutor Ines Wiessner said: “During this time, the accused noticed that the couple was very well off.”

According to the indictment, Malgorzata L. was aware of the location of a safe with gold bars and cash in the cellar of Luise s house. She then convinced her brother, son and one of their friends to rob the house.

Local police called it “an extremely rare crime” for the otherwise quiet corner of Bavaria. According to reports, one of the suspects sat on the elderly widow and broke several of her ribs. Then the perpetrators punched the victim s head and pierced her skull with a screwdriver.

Luise S. is still reportedly suffering from physical and psychological problems after the horrific attack in her own home. She said: “The dizziness is terrible, I often cannot walk alone.” 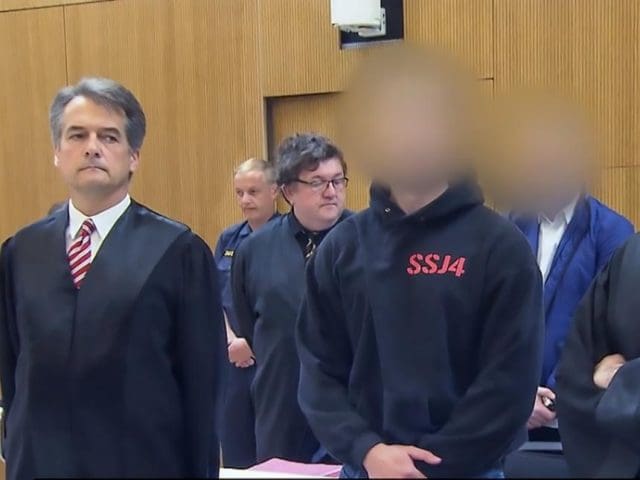