Cops Send Back 1000s Of Guns That Miss Their Targets – Unzensuriert
Skip to content
DEUTSCHLAND
.AT

Cops Send Back 1000s Of Guns That Miss Their Targets

German authorities want to send back 24,000 service pistols to manufacturer Heckler and Koch because they do not shoot straight. The firearm scandal occurred in the north-eastern German capital Berlin.

According to reports, police ordered 24,000 Heckler and Koch SFP9 guns for their officers, but when the first batch arrived they did not shoot straight during tests. According to the police union GdP, there are problems with the model s barrel which causes the bullets to slightly drift from their intended target.

Manufacturers Heckler and Koch reportedly told Berlin police that shooters must wear in the handguns by firing them at least 60 times before they will achieve “a stable hit point”. Following an internal review by Heckler and Koch, 1,337 guns did not meet the “requirements for a reliable product”.

Reports said that the police now want to send back all 24,000 guns so that they can be readjusted and worn in by the manufacturer. The GdP said that if cops have to fire the guns themselves before they become stable enough for service use, it would cost the police a small fortune. With one bullet priced at 0.45 EUR (0.39 GDP), it would cost over 700,000 EUR (613,296 GBP) to get the weapons up to speed.

“To achieve a correct state of delivery”

Instead of wearing in the guns themselves, the police now want Heckler and Koch to do it “to achieve a correct state of delivery”.

Berlin Interior Senator Andreas Geisel announced in January this year that cops would get new bulletproof vests, weapons and helmets. The measure came in response to the lorry terrorist attack on the Berlin Christmas market by Anis Amri in December 2016. In total, the Berlin Senate has coughed up 45 million EUR (39.4m GBP) for the force s new equipment. The exact type of the SFP9 gun model the police had ordered is unclear. 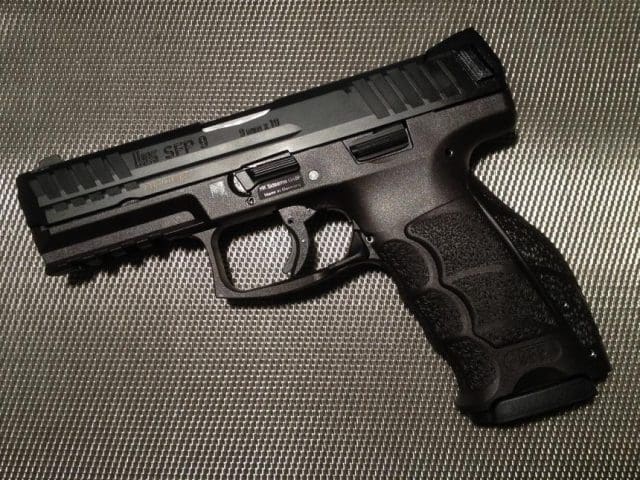