An elite police unit abseils down the side of a hospital disguised as superheroes to surprise the sick children inside.

This is the heartwarming moment an elite police unit abseils down the side of a hospital disguised as superheroes to surprise the sick children inside. The WEGA swat team unit, the elite police unit in the Austrian capital of Vienna capable of handling hostage crises and anti-terrorist operations, embarked on a whole different mission than what they are usually called into action for.

Elite cops dressed up as superheroes

Having ditched their bulletproof vests and helmets, the elite cops dressed up as superheroes like Batman, Captain America and Spider-Man and headed for the Vienna General Hospital. To the amazement of dozens of sick children, the superheroes abseiled down the 279-foot high building.

The sick children can be seen looking out of the windows and stood on balconies watching the superheroes make their way down the building. After their stunt, the elite cops went inside the hospital to pose for selfies with the children and to show their support in their battle against their illnesses. They also gave the children multiple gifts.

Children s Hospital Director Susanne Greber-Platzer said: “We wanted to give the chronically ill children, who are the true heroes for us, the opportunity to experience something special in spite of everyday hospital life.”

According to the hospital, the children also learned about the work and tasks of the police and the WEGA unit in the run-up to the superheroes action. Greber-Platzer said that the main goal of the abseiling campaign was to give the children and adolescents a positive memory in their hospital stay. She said: “The kids know that the superheroes came just for them. They need these heroes and the feeling of being special.”

Police spokeswoman Michaela Rossmann said that the elite cops also had the 40 volunteers who helped out with the happy surprise to thank and added that they have similar surprises in store. 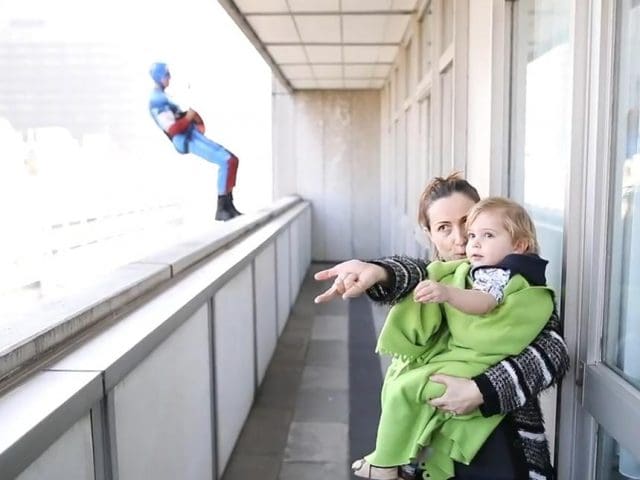