Migrant Family Fights Cops And Claim They Are Victims – Unzensuriert
Skip to content
DEUTSCHLAND
.AT

When officers arrived, they immediately became embroiled in a fight with the Moroccan family.

Migrant Family Fights Cops And Claim They Are Victims

A Muslim family who were filmed fighting with cops following up on reports of an attempted kidnapping say they are the victims and have demanded that the case be solved with “mediation”.

The incident happened late summer in Almere, a planned city situated north-east of Amsterdam in the Netherlands. According to local media, the cops were sent to the area after the family s daughter was allegedly being forced into a vehicle against her will.

When officers arrived, they immediately became embroiled in a fight with the Moroccan family who are accused of hindering their investigation.

In the amateur footage, several police officers are trying to subdue family members who are screaming at the officials.

One cop is seen punching a man in black before roughly shoving him away. The officer draws the wrath of a woman wearing a headscarf, who pushes him in the chest.

The man in black, identified as 28-year-old main suspect Mourad el O., returns to the fray and punches a different officer in the face. The cop then falls to the ground, apparently knocked out.

A bystander praises the Muslim man for decking the officer, shouting: “Nice! Nice!”

Pepper spray in use

Three family members jump on top of a pursuing cop as a female officer tries to calm down frayed tempers. She reportedly had to use pepper spray to protect her colleagues. Mourad el O., his younger brother and both their parents are now on trial in Almere on charges of resisting police orders and attacking a cop.

However, the family has portrayed themselves as victims and demanded that the case to be solved with “mediation” as they feel “disconcerted” by the legal action.

Mourad el O. said: “When a patrol car drives by, I immediately feel short of breath and start to shiver. I have not yet managed to balance everything out.”

The defendant s lawyer said that both sides are “suffering from character assassination”. She said that her client s family has the feeling that the police “are their biggest enemy” while cops unjustly view the Moroccan migrants as an “aggressive daughter-suppressing family”.

The two cops have apparently rejected the offer to mediate. One cop said: “They have committed a criminal act. If it is up to us they will be punished for it.”

Mourad el. O. and the other accused family members were released from custody a few days after the incident in July. The trial is ongoing. 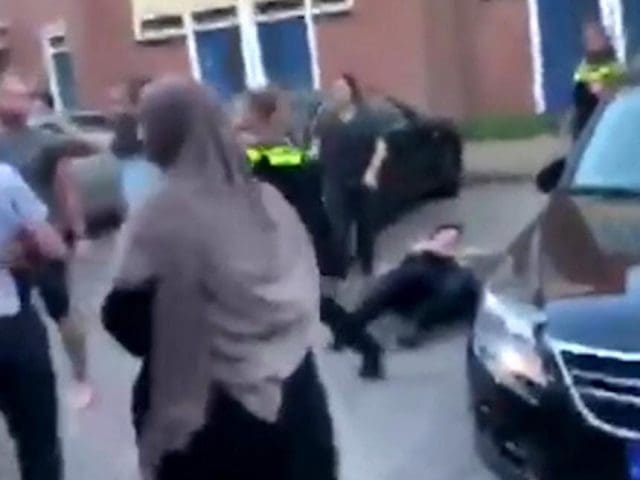