The Russian force used armoured vehicles and a range of automatic weapons to storm the building, where the terrorists were hiding.

Russian authorities have released impressive footage showing a counter-terrorist operation that resulted in the deaths of two IS suspects.

The mission took place at an unspecified location in the Khasavyurtovsky District in south-western Russia s Republic of Dagestan.

The released footage shows a raid on an unused building that was reportedly being used by a small cell belonging to the so-called Islamic State (IS).

The operation, carried out by a team of agents from the Federal Security Service, Ministry of Internal Affairs and local police, involved a lengthy shootout and resulted in the injury of three officers, according to reports.

The Russian force used armoured vehicles and a range of automatic weapons to storm the building.

They reportedly managed to secure weapons and ammunition belonging to the IS members.

It is believed that the deceased terrorists have attacked cops and civilians in the past.

A police representative, whose name was not reported, said: “They have murdered civilians, including a resident of Toturbiykala in 2017 and an imam in the village of Mutsalaul earlier this year.”

According to local media, they also blew up a mosque and desecrated the grave of Said Afandi al-Chirkawi, who was considered a prominent scholar in Dagestan and was killed by a female suicide bomber in 2012.

Mark Rosenfeld added: “It would be good if the same team could take care of all the mafia lords.” 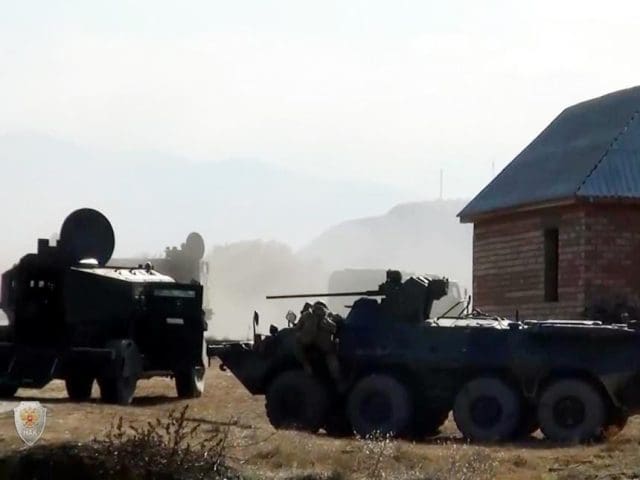