A Syrian immigrant said he saw 72 virgins in a psychiatric clinic and wanted to die a martyr.

A Syrian immigrant accused of stabbing three people while shouting “Allahu Akbar” has said he saw 72 virgins in a psychiatric clinic and wanted to die a martyr.

The knife attack took place in broad daylight on 5th May in the Dutch city The Hague while locals were celebrating Liberation Day to mark the end of the occupation by Nazi Germany during World War II. According to eyewitnesses, the suspected Islamic extremist only identified as 32-year-old Syrian asylum seeker Malek F., first entered a cafe where he stabbed a random victim “about five times”. He then reportedly walked outside where he indiscriminately attacked the next two people he happened across before he was shot in the leg and arrested by an anti-terrorist SWAT team.

In a psychiatric review, Malek F. stated that he feared that he was being followed by a Satanic organisation which he thought was housed in a church near his home. He also slept with a knife under his pillow out of fears of being assassinated at night by the Mossad, the national intelligence agency of Israel.

Psychs said he may have been traumatised by the death of his father, who drowned when he tried to make his way to Europe from Syria. Reportedly, Malek F. told the psychiatrists that he had seen 72 virgins while at the psychiatric clinic he is currently being treated at and is allegedly on forced medication. During a preliminary hearing at a high-security courtroom at Schiphol Airport where the Dutch hold most of their high-risk cases, public prosecutor s said that Malek F. had “terrorist intentions” while perpetrating his attack. Prosecutors played recordings of talks between Malek F. and his mother and brother in which he said he received marching orders from Allah to butcher infidels, whom he called “retarded animals”. Malek F. said in the recording: “See me as a soldier of God.”

Regretted that one of the people he had stabbed was Muslim

When his mother answered she felt sad for the victims, Malek F. answered that “God may curse them all”. Malek F. said the only thing he regretted was that one of the people he had stabbed turned out to be a Muslim. According to the prosecution, Malek F. supported the terrorist al-Nusra Front in its battle against Syrian President Bashar al-Assad, but was not part of any terrorist organisation himself. The public prosecutor said that it was a miracle that none of the three severely injured people died following the attack.

Malek F. s lawyer Job Knoester said that Malek F. was in a “religious psychosis”. The suspect arrived in the Netherlands with his family in 2014 and was seemingly on track to integrate in Dutch society. Until 2017, he was reportedly using cannabis regularly and drank alcohol, but quickly began to radicalise and let his beard grow long. Even though his brother tried to ask the authorities for help and local health authorities admitted Malek F. into a psychiatric clinic, he was eventually released some weeks before the attack.

The trial is ongoing. 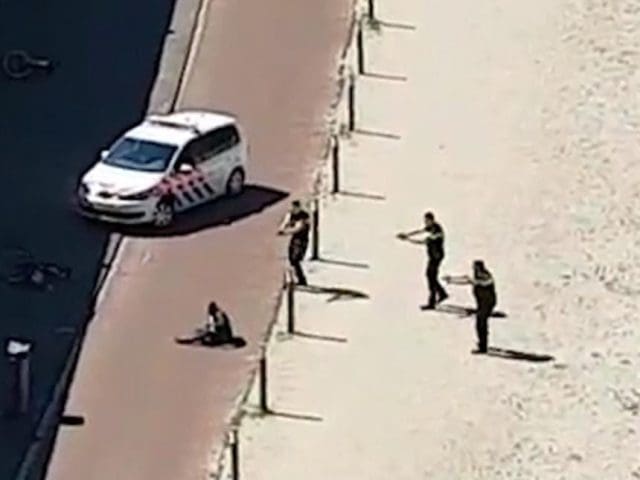