The “care and integration” like in this information sheet of refugees ist replaced now by real assessment of the asylum chances of illegal migrants.

Austria s Interior Ministry is giving the boot to the asylum management firm currently offering “care, advice and integration” in order to introduce their own system which plans to tell most from the start to give up hope of ever being allowed to stay.

Austrian Interior Minister Herbert Kickl who is from the Far-Right Freedom party said he also planned to have their own translators rather than relying on translators provided by the current company, ORS.

In its brochure, the current firm, ORS, boasts that the care and integration of refugees is the central role that they perform, placing asylum seekers in a “protected environment where they can come to terms with their new lives, and eventually have an independent life as a valuable member of society.”

In contrast, the new agency being set up by Kickl plans to be far more direct and warn asylum seekers that in many cases they have no chance of being allowed to stay, and that they might as well go home.

He said: “We are going to give some honest advice which means we are going to be telling many people What you are about to start here is a pointless endeavour .”

He said they should be encouraged to go home before even bothering to make an application for asylum.

He added that the final planning for the new agency was currently being completed ready for legislation to be enacted at the start of next year. 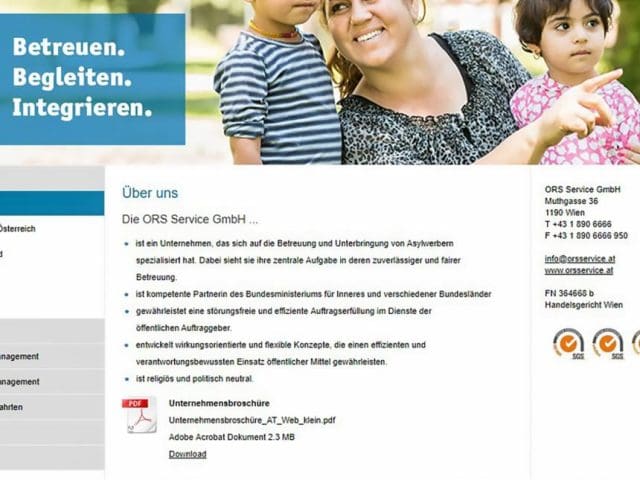