Verdict For Migrant Who Threw Kid In Front Of Train – Unzensuriert
Skip to content
DEUTSCHLAND
.AT

Verdict For Migrant Who Threw Kid In Front Of Train

An asylum seeker who wanted a sacrificial lamb and claimed it is written that blood must flow when he grabbed a five-year-old boy from his parents and jumped in front of train has been committed. Both survived after the train screeched to a halt just metres away as the child s parents and other commuters watched in horror.

A 24-year-old schizophrenic man from India

Under strict privacy laws, the man from India has been sentenced to a psychiatric institution for ripping a 5-year-old boy from his parents and jumping with him in front of a moving train at a train station in Wuppertal in the western German state of North Rhine-Westphalia.

The horrified parents watched as the train stopped in the nick of time only meters away from their child who was still in the arms of Jagdeep.The boy sustained minor injuries to his head but was reportedly deeply traumatised by the incident.

The presiding judge said: “It is only thanks to a fortunate coincidence and the engine driver that nothing more happened.” According to the presiding judge, the boy will start trauma therapy.

He added: “The family continues to suffer from the results of the act.”? The public prosecutor stated that had the train continued only two metres ahead, it would have resulted in fatal injuries to the boy.

The boy s 34-year-old father, identified only as Chritsian V., said about his son s condition: “When people approach us quickly or are dark skinned, he screams, clutches onto us. We can no longer ride on trains. He is afraid of that.”

Although the defendant reportedly confessed to the act, he has been diagnosed with schizophrenia and is said to have made contradicting statements during his testimony. An expert quoted the man, who reportedly kept hearing voices and a ghost, as

saying: “A sacrifice has to be brought, it is written that blood must flow.” The expert interpreted this as the victim being a “substitute for a lamb.” The defendant denied he ever made such a statement.

According to local media, he lived in an asylum centre in the city of Gelsenkirchen in North Rhine-Westphalia and was previously known to authorities for numerous minor offences but refused treatment for psychosis.

Both the prosecution and the defence demanded he be admitted to a psychiatric institution. The judge justified the sentence by saying: “Here sits an extremely seriously mentally ill man.”

He deemed Jagdeep s chance of recovery as being in the balance. 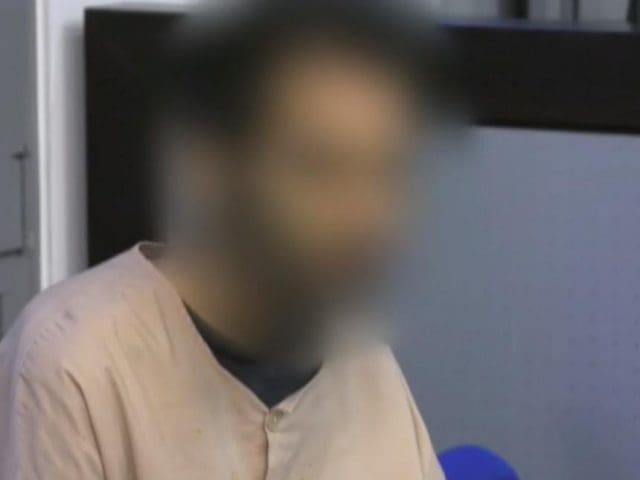