Crooked Generals Penthouse On Sale For 35M In Vienna – Unzensuriert
Skip to content
DEUTSCHLAND
.AT

Crooked Generals Penthouse On Sale For 35M In Vienna

This spectacular 21,527 feet unfinished penthouse that was once owned by a crooked Croatian general that robbed millions from his country s arms budget has gone on sale for a whopping 35 million GBP.

The stunning location apartment is located in the building that has originally served as an imperial telegraph office in 1873, and was developed by architect Winterhalder. Now it is being refurbished into a block of flats, in Vienna s posh first district, just a few feet away from the historical stock exchange and the OPEC buildings. The building has been used by the Austrian Post until 1996, and has not been in operation since then.

The former owner, Vladimir Zagorec, 54, was a deputy Minister of Defence of Croatia, who was arrested 10 years ago and then extradited to his home country where he was sentenced to seven years in jail for stealing 3.25 million EUR (2,877,632 GBP) from the country s arms budget. Now his former property is on sale for a record 40 million EUR (35,412,391 GBP) for the entire floor as the Imperial Loft Collection.

Local media report that there will be six lofts established on that floor, with the ceiling reaching to 7,5 metres (24 6 feet). The size of these lofts varies from 230 to 510 square metres.

As of 2011 the building has been owned by Immovate investment company and the building will be under renovation until May 2019. The PR material for the sale boasts “light and airy roof terraces that offer far-reaching views over the imperial city”. They add: “The penthouses boast a distinctive, historic iron roof construction reminiscent of the Eiffel Tower in Paris.

“Despite its inner city location, the Palais has a peaceful and relaxed atmosphere thanks to pleasant amenities including a garden in the central courtyard of the building, a concierge service and the building s own wine cellar and underground garage with e-charging stations.” 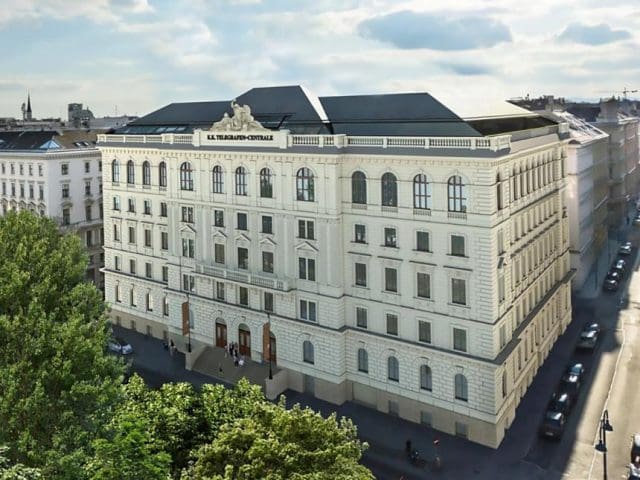