In the German City of Freiburg (symbol photo) seven Syrians an one German gang raped an 18 year old girl.

The immigrants arrested for gang raping an 18-year-old girl in Germany are being investigated for links to terrorism.

It has also been revealed that the main suspect had previously been investigated on suspicion of having committed two other sex crimes prior to the recent gang rape.

Some of the suspects arrested for allegedly gang raping an 18-year-old in Freiburg in the south-western German state of Baden-Wuerttemburg are suspected of supporting a Kurdish militia considered by some as a terrorist group.

One of those being investigated is the now 22-year-old main suspect identified only as Majd H.

Chief prosecutor Michael Maechtel said: “With three suspects, indications of closeness to the Kurdish militia YPG [People s Protection Units] have emerged because they appeared on the internet on photos with weapons.”

The YPG is listed as a terrorist organisation by Turkey although the group are not considered so by the United Kingdom or Germany.

According to him, 22-year-old main suspect Majd H. was also suspected of supporting the militia, but the suspicion could not yet be confirmed.

Authorities stated that Majd was under investigation proceedings for two other sex crimes prior to the gang rape of the 18-year-old girl.

He and two other men, one of whom was another suspect also arrested for the gang rape on the 18-year-old girl, allegedly raped a 20-year-old woman in his home but authorities did not establish a strong suspicion in the case.

It is unclear what other sex crime he was investigated for.

Majd had an arrest warrant for a narcotics offence against him and was supposed to be arrested on the 23rd October.

Head of the 13-person investigation team Bernd Belle claimed that police did not have the personnel to immediately act on the arrest warrant and that they wanted to gather more evidence as well as check the suspect s whereabouts.

He added: “Then the events caught up with us.”

Seven Syrian men between the ages of 19 and 29, along with a 25-year-old German, have been arrested in total so far with police still looking for further suspects.

According to local media, most of the arrested suspects were already known to police for various previous offences.

Police spokeswoman Laura Riske stated that the victim told police her wristwatch was also gone after the rape and Bild reported that one of the suspects could have allegedly taken it.

According to police, the number of sex crimes in Freiburg is increasing despite the total crime rate decreasing.

Furthermore, foreigners were “disproportionately” among the suspects with over 50 percent in 2018 while making only 17 percent of the population, according to police. 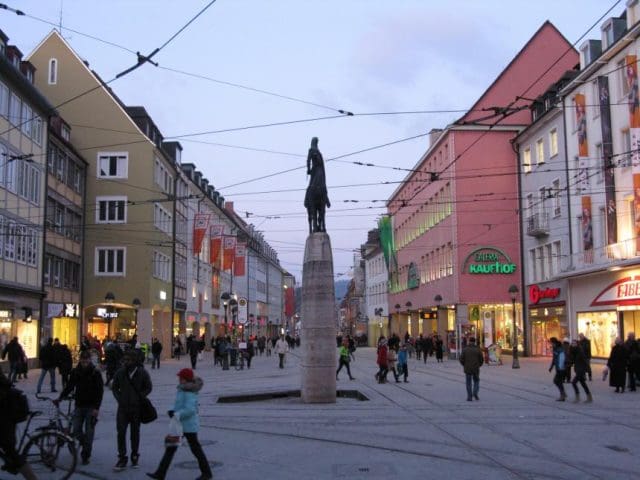