In the city of Steyr in Upper Austria the 16 vear old Michelle was stabbed by a denied Afghan asylum seeker.

The on-the-run Afghan asylum seeker arrested this week for murdering of his
16-year-old Austrian girlfriend has said her death was an accident .

Saber A., a 17-year-old Afghan asylum seeker, was arrested on
Tuesday afternoon in the Austrian capital of Vienna after he handed himself
in to cops.

He had tried to have a fake identity card made so that he could flee but the
criminal contact he spoke to had seen that there was a massive search for
the teenager on social media, which had also reported what he had done, and
the forger had made it clear: Either hand himself in, or be handed in .

A. had then decided to call cops after seeing his picture all over
the Vienna newspapers and was immediately transferred to the Upper Austrian state capital of Linz, where he was interrogated for the last two days over the murder of the 16-year-old Austrian schoolgirl, identified only by the
name Michelle F.

The horrific incident happened in Steyr, a city in the Austrian state of
Upper Austria and it is believed the asylum seeker stabbed the victim out of
jealousy.

According to the police, A. showed “no sign of guilt” after the
completion of his interrogation on wednesday afternoon in which he
said the death was an accident .

Police spokesman David Furtner said: “He states that the whole thing was an
accident, but still wanted to get away from Steyr afterwards and he fled to
Vienna.” He had then used contacts in the drug dealing underworld to get in
touch with a forger.

The investigators said they already collected enough evidence to prove that
in “no way” was A. s claim that the death was an accident true, and
that the autopsy proves Michelle F. was murdered.

It shows that the 16-year-old was stabbed twice from behind, with one stab
wound puncturing her lungs and killing her. The suspected murder weapon, a
knife, was found in her bedroom.

Furtner added that A. looked “very calm and composed” during the
interrogations.

According to Michelle s family, there were repeated conflicts between the
two as the Afghan national tried to limit his girlfriend s movements and
forbade her from talking to other men.

In the evening, the mother went to check on her 16-year-old daughter, who
was in her bedroom with A.

The mother and Michelle s older sister were reportedly unable to open the
bedroom door as it was blocked by a cabinet.

When they eventually managed to force their way into the room, they found
the lifeless body of Michelle, with A. having escaped from the
window.

State prosecutor Andreas Pechatschek said that “if we expect an indictment
and a conviction for murder, the suspect can get up to a maximum of 15 years
imprisonment”.

According to local media, A. arrived in Austria in the spring of
2016, being brought into the country by human traffickers, but his asylum
application was later rejected.

A. told Michelle s brother that he had to flee from Afghanistan
because he had committed a murder.

As he would face the death penalty in Afghanistan, Austrian authorities were
not allowed to deport him back to his native country on human rights grounds
despite the fact that his asylum application had been denied.

Even though A. s application was denied, he received so called subsidiary
protection in Austria until 2020.

The Federal Office for Aliens and Asylum has reportedly now started to
initiate a revocation procedure for his subsidiary protection. 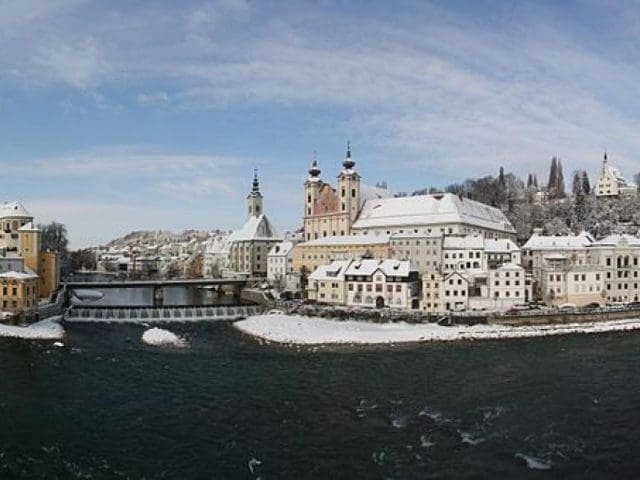