One of the three suspected art thieves who walked off with a Renoir painting.

One of the three suspected art thieves who walked off with a Renoir painting worth over 140,000 GBP has been arrested.

The 59-year-old Ukrainian national, whose name was not reported due to strict privacy laws, was arrested at Amsterdam s Schiphol Airport in the Netherlands. According to local media, the man was arrested last week but the public prosecutor s office has only now gone public with the arrest.

The man is suspected of stealing the painting Golfe, Mer, Falaises Vertes ( Gulf, Sea, Green Cliffs ) by French impressionist Pierre-Auguste Renoir. The painting which has an estimated value of 120,000 to 160,000 EUR (107,674 to 143,565 GBP) remains missing after it was stolen on November 26th from the venerable Dorotheum auction house located in the city centre of the Austrian capital Vienna.

The three suspects simply entered the building, took the painting from the wall and walked away with it.

The two other suspects are still on the loose. Neither the public prosecutor s office nor the police wanted to share more details, citing the ongoing investigations. Pictures of the three suspects, two of them holding conspicuous plastic bag in which the painting might have been hidden, were shared by the police in a public manhunt.

The auction of the Renoir landscape was cancelled by the Dorotheum auction house after the theft. The painting is the property of a private European collector who bought it in 1996 at Sotheby s in London for 35,000 GBP. 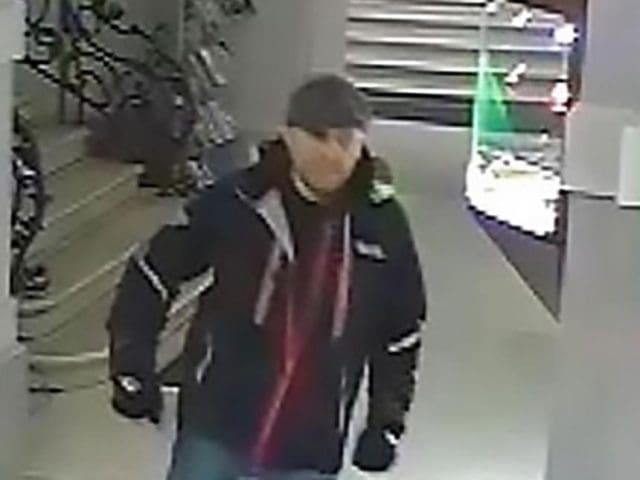