The fire brigade isn t able to work in some muslime no-go-areas in Brussels any more.

A firefighter union chief has said that a neighbourhood dubbed the jihadist centre of Europe is now too unsafe for both cops and firemen to venture into during emergencies after it descended into chaos over the New Year. The borough of Molenbeek in the Belgian capital of Brussels, branded in international media as the “jihadist centre of Europe”, was the centre of dozens of fires and mass lootings during New Year s Eve celebrations.

According to the Brussels fire brigade, they were called out 83 times during New Year s Eve, 66 of the call-outs were for fires started on public roads such as cars torched by local youths. Brussels cops were forced to close down the metro station Etangs Noirs in Molenbeek after disturbances broke out on the streets outside the entrance. In total 37 people were arrested by the police.

According to union representative and firefighter Eric Labourdette his colleagues were unable to extinguish some fires in Molenbeek as they could not get any police officers to guide them in to the dangerous borough and to then protect them against attackers. Labourdette said: “The Brussels firefighters and those from other cities are sick and tired of being attacked while doing their duty.”

He complained that the police are understaffed and not able to keep the streets safe, with de-facto control of some boroughs in the hands of rioters. Labourdette said: “Like each year, this New Year s Eve was quite heavy for the firefighters of our capital. After the clock struck 12, the fire brigade was called for burning rubbish bins in the Etangs Noirs borough.

According to Labourdette, the firefighters had to call off their mission “because their safety could not be guaranteed”. On their way back, their fire truck was reportedly attacked with projectiles and stones thrown by the youths. Labourdette said: “At all sorts of events they [firefighters] get stones thrown towards their heads.

No chance for brigade

According to local media, looters and rioters had a field day thanks to the wait-and-see attitude of the police. Computer shop owner Hassan Zenague said he was alerted at 1am by the alarm of his Molenbeek store. Zenague said: “I arrived at 1.30am and everything was completely smashed just 30 minutes later. The police were present but did not intervene.”

He said that the looters managed to take computers, mobile phones and other electronic devices. Labourdette blamed the local politicians for turning Molenbeek into a no-go area. He said: “Let s get rid of the political correctness which certain authorities impose on us. It is about time to realise that all sorts of control have become impossible in some boroughs.”

The notorious Brussels area which is predominantly inhabited by Muslims from northern Africa harboured among others Salah Abdeslam, who is accused of involvement in the deadly Paris terrorist attacks on the Bataclan theatre on 13th November 2015. 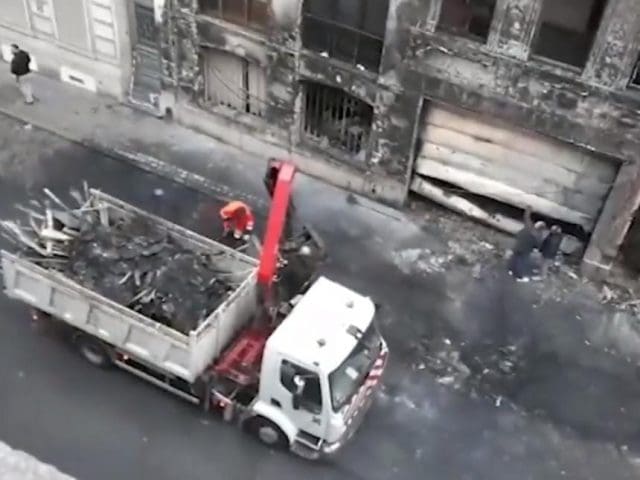