Switzerland: Muslim Gets Fine By Policewoman For “Allahu Akbar” Greeting To Friend – Unzensuriert
Skip to content
DEUTSCHLAND
.AT

Rhein-view over the Swiss city of Schaffhausen: A local policewoman fined a muslim that shouted “Allahu akbar” to a friend.

Switzerland: Muslim Gets Fine By Policewoman For “Allahu Akbar” Greeting To Friend

A Muslim has been given a 168-GBP fine in Switzerland after a policewoman overheard him saying “Allahu akbar” as a greeting to a friend.

The fine was given to 22-year-old Orhan E. by the city police in Schaffhausen, located in the canton of the same name in Switzerland.

According to the policewoman, the young Muslim greeted a friend “loud and clearly” with the words “Allahu akbar”, which is Arabic for “God is [the] Greatest”.

Orhan E. said: “We stood in front of the Turkish cultural association in Schaffhausen and talked in Turkish.

“Suddenly the policewoman called me to ask what I meant by it [Allahu akbar].”

Orhan said he tried to explain to the cop that Allahu akbar is used by Muslims in a variety of ways such as in an expression of approval or in a way of disbelief the same way as people say “oh my God”.

He said: “”We use Allahu akbar to welcome you and in almost every other sentence. Like, for example, the weather is beautiful, Allahu akbar. We want to emphasise something that we feel is positive.”

Before he knew it several other police officers were called in for back up and searched him before writing down his personal details, before issuing a 210 CHF (168 GP) fine for inciting public disturbances.

Orhan said he never thought something like this would happen in Switzerland.

He said: “I was born here and have never gone through something like this.”

Schaffhausen city councillor Simon Stocker, who heads the social affairs and security department of the city, said he can understand the police reaction.

Stocker said: “As the police report shows, the situation was perceived not as a welcome but as inciting public disturbances and reported accordingly.”

He added however that it is not forbidden to say “Allahu akbar” in Schaffhausen.

Stocker said: “Neither before nor after this incident has a similar fine been issued.”

The decision to fine the Swiss Muslim has been met with both approval and criticism by other politicians.

MP Andreas Glarner of the conservative Swiss People s Party (SVP) said: “Allahu akbar is used by terrorists shortly before they blow themselves up.”

He said that the policewoman had done everything correctly and added that “our police officers must do everything in their power to guarantee our safety”.

MP Daniel Frei of the socialist party (SP) was however critical.

Frei said: “The expression of a religious greeting is part of the freedom of religion and should be possible in public.”

Orhan E. said that he is strongly considering appealing the fine. 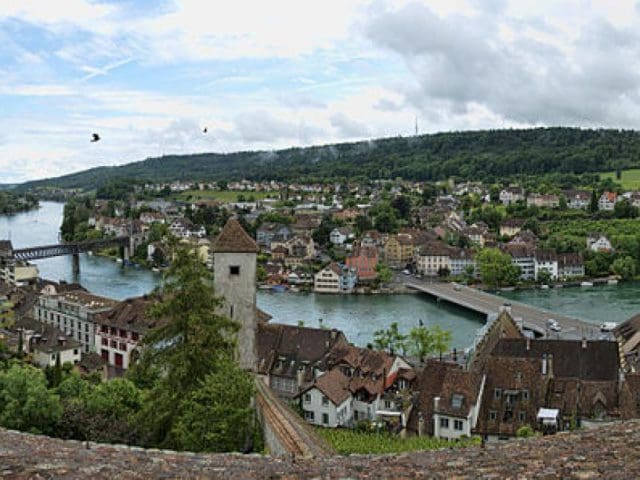