Rapper Soufiane Eddyani lives in the Belgium city of Antwerpen (Photo: great market), where the indignation of his sympathy for a child rapist is big.

A role model rapper dubbed Belgium s exemplary migrant has shocked fans by defending an immigrant pal who raped a 15-year-old girl and then forced her into prostitution.

Rapper Soufiane Eddyani, 20, who is immensely popular with Belgian teens, was blasted by politicians for defending friend and fellow rapper Moreno.

Moreno, who is named Bilal A. in real life, was sentenced to five years in prison for raping a 15-year-old girl and forcing her into prostitution.

Eddyani said on social media for his 230,000 followers: “For over two weeks I feel emptiness because of your absence.

“Your past is haunting you because of one media case. Undeserved.”

The famous Belgian-Moroccan rapper even dedicated a new song called Amigo to his locked up pal in which he perversely tries to justify his crimes.

In the lyrics, Eddyani raps that his friend Moreno did not have any choice than to prostitute the girl as “his mother was struggling” and “there was nothing in the fridge”.

He also raps that “he had no option, he was broke”.

According to local media, it is a strange statement from Eddyani who was previously dubbed Belgium s exemplary migrant over his media- friendly appearances and positive rap songs.

However, his new song Amigo has angered politicians in Belgian.

MP Zuhal Demir of the Flemish-nationalist New Flemish Alliance, who until recently was the Belgian Secretary of State for Poverty Reduction and Equal Opportunities, was one of the politicians to blast the rapper.

Demir wrote: “Rapper Moreno is a child rapist, who among other things forced a 15-year-old girl into prostitution, drugged her, and pocketed the earnings. He was a child rapist who made it possible for others to rape a child for payment.

“And when the girl tried desperately to escape prostitution, he threatened her life multiple times so that he could continue abusing her.”

Belgian Deputy PM Kris Peeters of the Christian-democratic CD&V party said that “Eddyani would be better off talking to victims of prostitution” and said that “there is not a single way that this can be excused”. 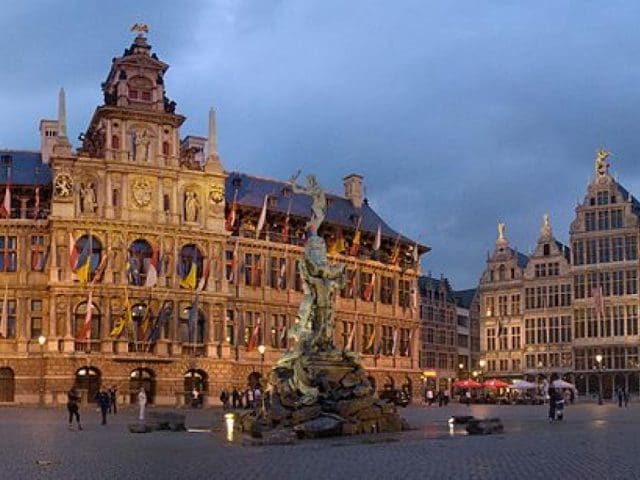