A migrant taxi driver tried to smuggle four of his countrymen who had been refused asylum in Austria into Germany.

A migrant taxi driver has been arrested after he tried to smuggle four of his countrymen who had been refused asylum in Austria into Germany by pretending it was a holiday trip.

Stopped on the A93 Motorway

The taxi driver was stopped by guards on the Austria-Germany border on the A93 Motorway linking Kufstein in the Austrian state of Tyrol with Rosenheim in the German state of Bavaria. During a routine check, the German border guards found it suspicious that the Iranian cabbie, who lives in Austria as a recognised refugee, was driving four fellow Iranians across the border.

Officials suspected that the journey was not a regular taxi trip but a human trafficking operation and all five occupants were arrested and brought to a police station in Rosenheim. The four passengers showed documents which stated that they filed for asylum in Austria.

A police spokesman said: “One of them declared that they wanted to go to Germany on a holiday.” However, German investigators could not find any proof of holiday plans and soon discovered that the four Iranians recently had their asylum application rejected in Austria.

The police spokesman said: “Eventually, the migrants admitted they were travelling to Germany to file for asylum again there.” According to the German Federal Police, the Iranian taxi driver will face charges for trafficking people into the country. Meanwhile, the four passengers are facing charges of attempting to enter Germany illegally. Reports said that all five Iranians will eventually be deported back to Austria. 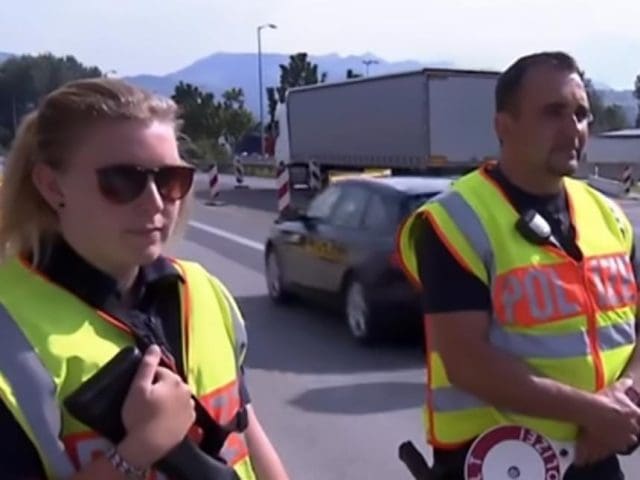