A grieving mother has slammed a judge for acquitting a failed Afghan asylum seeker who stabbed her son to death for warning him not to stalk a female friend.

A grieving mother has slammed a judge for acquitting a failed Afghan asylum seeker who stabbed her son to death for warning him not to stalk a female friend.

The knifeman, named only as Seyed M., 18, stabbed Jose M., 20, six times – including once in the heart – in a park in the town of Ochtrup in the north-western German state of North Rhine-Westphalia last May. However, a juvenile court in the nearby city of Munster has now acquitted Seyed M. for the murder of Jose as the judge deemed the act to have been carried out in self defence.

Work as a volunteer with refugees

Public-spirited Jose, whose ambition was to become a teacher, worked as a volunteer with refugees and sat on his local youth parliament. His mother, Maria, said: “Each time when someone required help he was there. It did not matter if someone was German or not, black, white, red or green, it was all the same to him.”

Seyed M. had confronted Seyed M. after the Afghan became obsessed with a female friend of Jose, constantly stalking her despite her pleas for him to leave her alone. The Afghan was already facing deportation proceedings when he bumped into Jose in the park when he was carrying a five-and-a-half inch kitchen knife. But Judge Michael Beier pointed out that Jose was bigger than Seyed M. and had taken boxing lessons. He said: “The defendant was physically inferior… A kitchen knife may be carried under weapons legislation, even if it is socially and ethically questionable.”

Plan to launch an appeal against the acquittal

However, Maria is now planning to launch an appeal against the acquittal. She said: “The reasons which the judge gave for self-defence are laughable. I still cannot understand it.” Maria said the judge s comments meant that “now every person may carry a kitchen knife because it is not a weapon”. She added: “As a mother, I feel I too have done something wrong. I always told my children these are weapons. Watch out, you can cut yourself, you can hurt somebody with it. That s why my son naturally did not carry a knife.”

Maria also said the judge had shown no interest in establishing whether Seyed M. was really a teenager. If he had been 21 or over the case would have been transferred to an adult court. She added: “I m going to appeal. The judge did not even want to know how old the culprit is. Just imagine, he s older than 21, then this judge has nothing to say, it would be the wrong court.”

Jailed for life for murder of 19-year-old student

A number of criminal Afghan migrants have been caught lying about their age when they first enter Germany in the hope of securing a better chance of asylum in recent years. The most high-profile case was Hussein Khavari who was jailed for life for the rape and murder of 19-year-old student Maria Ladenburger, the daughter of a high-ranking EU official. Khavari claimed he was a minor but an expert found him to be “at least” 22. His father later gave evidence testifying his son was actually 33 and he was sentenced as an adult. 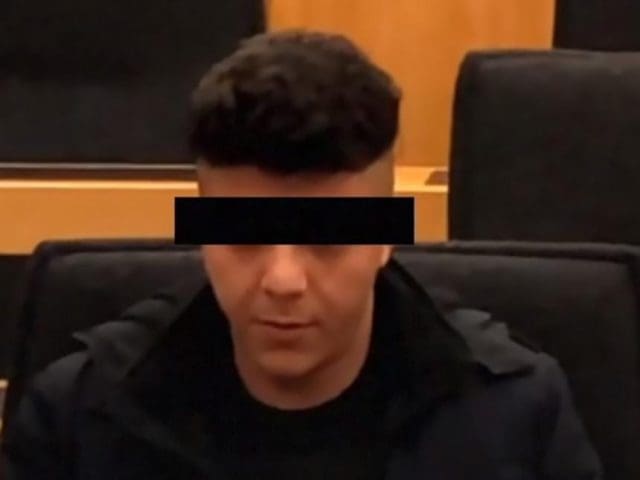