Berlin: IS Terrorist Is Rejected Bosnian Asylum Seeker On Benefits – Unzensuriert
Skip to content
DEUTSCHLAND
.AT

Berlin: IS Terrorist Is Rejected Bosnian Asylum Seeker On Benefits

A migrant who was allowed to live in Germany on full benefits despite his asylum application being rejected 18 years ago has been charged with recruiting members for the so-called Islamic State.

Bosnian migrant Hamdija J., 41, has been charged with supporting and promoting the terrorist organisation Islamic State (IS) after allegedly calling Jews pigs and apes on social media and trying to recruit young men to join the violent group in Syria.

According to prosecutors, Hamdija J. stayed at home unemployed while receiving full benefits, having plenty of time to promote Jihad on the internet and trying to recruit fighters for IS.

Hamdija J. came to Germany in 1992 but saw his asylum application rejected in 2001.

He was forced to leave the country but was allowed in again in 2007 when the German authorities issued a settlement permit as he has a daughter with a German national.

According to investigators, Hamdija J. does not pursue any gainful employment and lives completely on social benefits.

With the money he has been receiving from the authorities in Berlin, he allegedly supported terrorist activities.

Hamdija J. reportedly tried to recruit people to become jihadists for IS in Syria.

On social media, he compared Jews to pigs and apes and wrote threatening messages such as “Allah will destroy you!”

Hamdija J. also posted a picture of an IS fighter on social media, with text in Bosnian saying: “IS fighters have overrun a nearby Iraqi army base.”

There were reportedly clues that Hamdija J. was preparing a terrorist attack and had even acquired explosives for the job.

They received the tip in December 2016 – at the time when Tunisian migrant and terrorist Anis Amri drove a lorry into a Christmas market in Berlin killing 12 and injuring more than 70 people – they therefore kept a close eye on Hamdija J.

In August 2017, the police raided Hamdija J. s house in the Lichterfelde borough of Berlin and allegedly found evidence that showed he was actively trying to recruit for IS.

On Wednesday, his trial will start at a Berlin court.

Hamdija J. s mother showed her support for her son before the start of the trial saying: “My boy is a quiet person and very sweet. Only his faith is very strict.”

The case is ongoing. 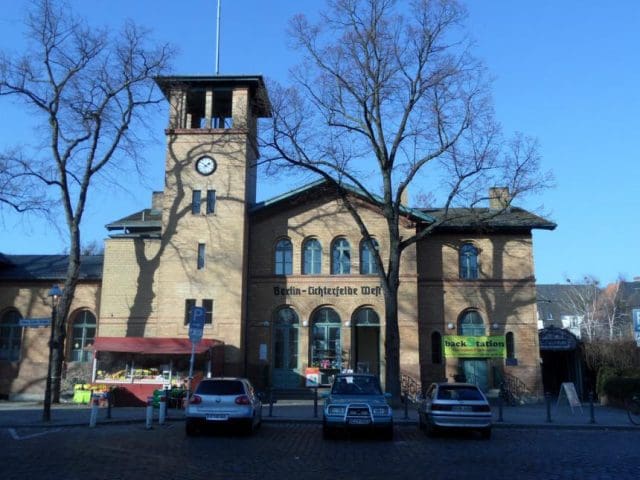