Kickl added that the current situation calls for “even stricter legal regulations”.

The Austrian Government has formally written to the EU to demand tougher laws on failed asylum seekers saying that otherwise European residents could lose faith in the bloc. The warning came from Austrian Interior Minister Herbert Kickl of the far-right Austrian Freedom Party (FPO) after the recent shocking murder of an Austrian schoolgirl by a failed Syrian asylum seeker.

Kickl said that EU asylum laws need to be toughened as Austria is finding it difficult to get rid of criminal asylum seekers on its own. The Interior Minister addressed EU Commissioner for Migration, Home Affairs and Citizenship Dimitris Avramopoulos in a letter about the recent murder.

People in Europe have no understanding

Kickl wrote: “A withdrawal of his [refugee] status was and is not yet possible as despite repeated offences no particularly serious crime was committed. “The initiated revocation procedure [of the murder s suspect asylum status] therefore had to be discontinued.”

The Interior Minister said that “the current murder in Austria could have been prevented by a legal framework that met the challenges”. Kickl warned that current policies will “bring EU asylum politics into disrepute”. He said that the people in Europe “rightfully have no understanding that offenders continue to enjoy rights of international protection”.

When Austria held the EU presidency last year, the country submitted proposals for reforming the current regulations, including the possibility of revoking the asylum status of those who commit serious crimes or are repeat offenders.

However, Kickl added that the current situation calls for “even stricter legal regulations”. As a domestic policy measure, Kickl has proposed building detention centres to lock up failed asylum seekers as soon as the procedure to revoke their status gets underway. His comments come after the murder of 16-year-old schoolgirl Manuela K., whose body was found earlier this month in a park near her parental home in Wiener Neustadt, a city in the Austrian state of Lower Austria.

The gruesome discovery was made by her mother who went searching through town after Manuela failed to arrive home from a night out with friends. Manuela s ex-boyfriend, a Syrian asylum seeker named Yazan Al-Malt who claims to be 19 but is now suspected of being much older, was arrested on suspicion of the murder.

One of Manuela s friends said the two “always fought” and that Al-Malt even physically abused her, after which the Austrian schoolgirl finally decided to dump him and file a criminal complaint against him. According to local media, he admitted to having murdered his ex-girlfriend but showed no remorse during interrogations.

Al-Malt came to Austria in 2014 at the age of 15 as part of a family reunification programme as his father had already been granted asylum. However, he immediately racked up a criminal record, after which local authorities started a revocation procedure of his asylum status in October last year, but did not manage to deport him. 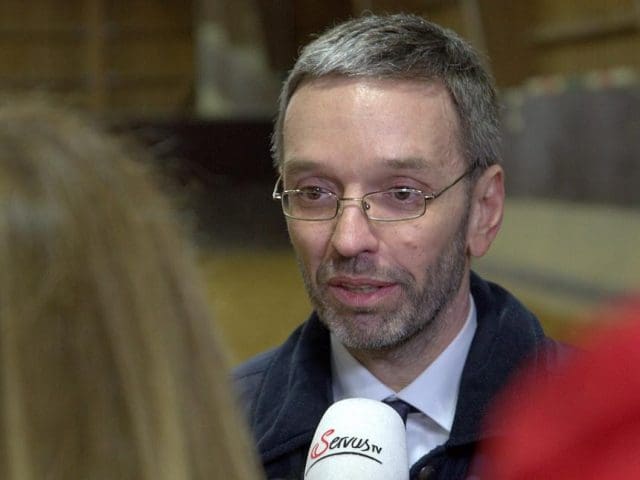