She Stopped A Deportation Flight – Swedish Woman On Trial Over Criminal Asylum Seeker – Unzensuriert
Skip to content
DEUTSCHLAND
.AT

Here at Gothenburg Landvetter Airport the naive blonde student tried to stop the deportation of an Afghan criminal.

This blonde Swedish student who became an overnight celebrity when she boarded a flight and then refused to sit down in order to stop the forced deportation of a criminal asylum seeker has gone on trial today.

The video which portrays the student as a heroin standing up for the rights of the rejected asylum seeker did not to mention the fact that he was a convicted criminal.

Her ticket on the flight that took place last July had been paid for by the Sittstrejken i Göteborg NGO and after the protest that saw both her and the asylum seeker taken off the flight she was charged and has now gone on trial.

The man was being sent to Istanbul after his asylum was rejected following a conviction for physical assault, from where he was reportedly supposed to be sent back to his homeland of Afghanistan.

Details of the attack carried out by the 52-year-old man were not revealed, but after he was released from jail his deportation had been ordered.

The protest involved a young woman standing up and refusing to sit down until the asylum seeker was taken off the flight, which worked because Swedish flights are not allowed to take off without the passengers seated.

The protest which was live streamed on Facebook was viewed over 5 million times.

She has admitted to staging a protest in court but said because that the plane had not taken off so she had not broken the law.

She claimed that she had acted because the man was being deported back to a country which was at war when he could end up being killed.

When questioned about the fact that he was a convicted criminal, she said she had not realised that at the time and was defending him because he was a human being now and not because what he had done previously in his life. 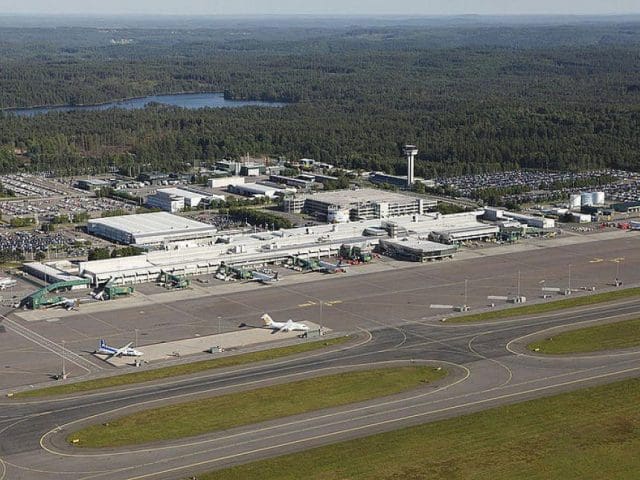