French Canadian women s minister and Olympic champion Isabelle Charest has branded the Muslim hijab a “symbol of the oppression of women”.

Former Olympic champion Charest, 48, who was nominated as the new Minister for the Status of Women in the Quebec government by Prime Minister Francois Legault, said that “the hijab is not something that women should wear” and that it “represents the oppression of women and that they have to cover up”.

She made the remarks during a press conference after her nomination, stating that the hijab did not match her values and that it was no way for a woman to blossom. She added: “It is forcing women to do something and I think that women should be free to choose what they want to wear.”

The Quebec government is in the throes of a debate on secularism and in the coming weeks is scheduled to discuss banning authority figures from wearing religious symbols. Charest made her Olympic debut in speed skating in 1994, winning a silver medal. In 1998 in Nagano and in 2002 in Salt Lake City, she one bronze medals. She was Canada s Female Short Track Skater of the Year from 1995 to 1997.

In 1996, she broke the 500-metre world record before becoming the first woman to break the 45-second barrier in 1997, setting another world record. She has a Bachelor s degree in nutrition from the Universite de Montreal and was elected to the National Assembly of Quebec in October 2018. 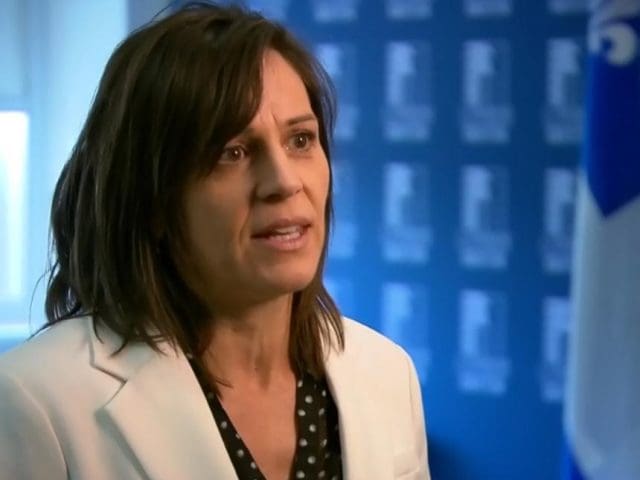