Two Gypsy brothers who claimed disability benefits while certified as blind have been caught driving around in luxury cars including a Mercedes.

The Roma siblings, identified as Goran Stanev and Stano Marinov from the town of Dolni Dabnik in the northern Bulgarian province of Pleven, managed to obtain medical certificates that stated they were blind. But in fact they they could see and the certificates were fake.

According to local media the two men, who even had motoring convictions as testimony to the fact they were driving, claimed disability benefits for many years.

The mother of the two men was named in local media as Ivanka, an apparently well known Roma fortune teller who is often invited to give readings abroad. She did not declare the money she was paid for her readings and told some of her victims who were sick that she would cure them if they gave her money. But she is currently not travelling having started an eight-year sentence for 212 cases of fraud and for money laundering.

Between 2009 and 2013, the family reportedly made 3.5 million BGN (1.6 million GBP) which was mostly obtained through Ivanka s fraudulent activities. Both brothers did not work and their only official source of income was state handouts, despite owning several luxury cars and living in plush homes.

As well as jailing the mother, police have also seized three luxury cars and four kilogrammes (8.8 lbs) of jewellery. The two brothers have been convicted of fraud but have not been sentenced yet pending an appeal of their case. 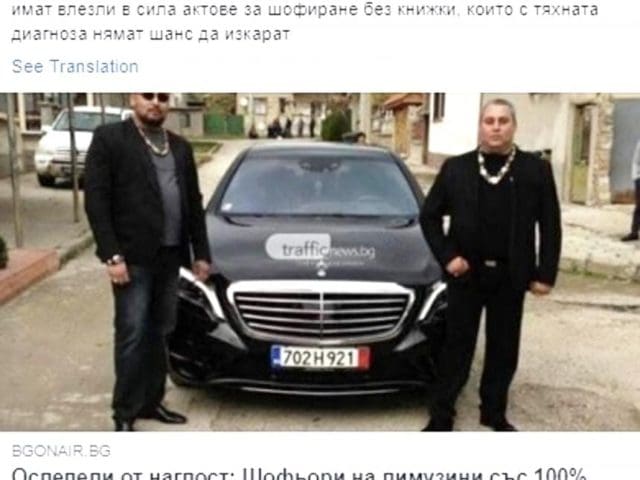